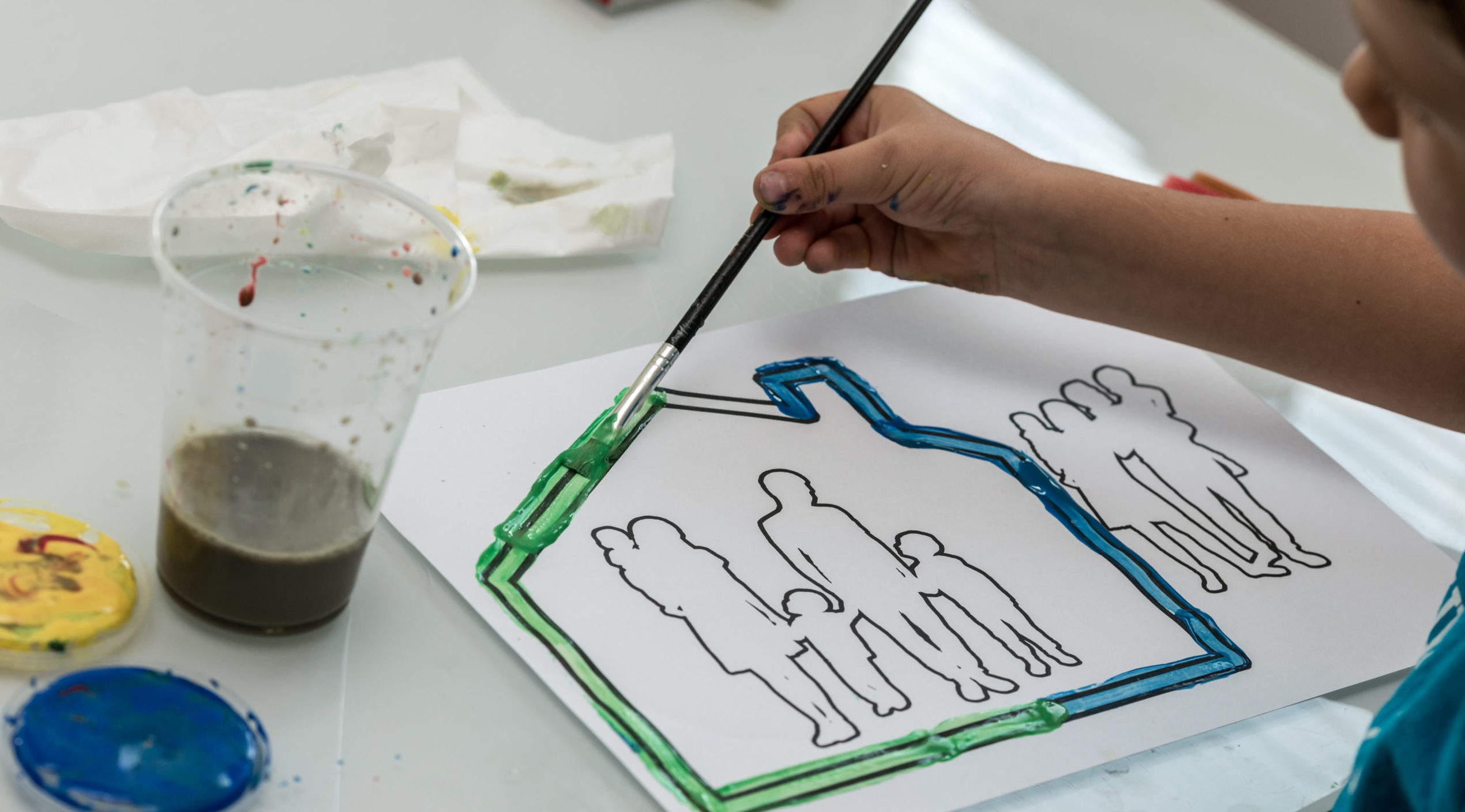 Jenny* is a single parent living in the northwest of England, where she’s raising her 16 year old daughter and a five month old foster child.

After coming down with serious Covid-19-like symptoms, she alerted the local council who manage the foster care placement. She also started to worry: the council doesn’t offer sick pay for carers, something that’s common throughout the UK, and she couldn’t take time off without risking her job.

The council didn’t offer Jenny any support. According to her, she would have “run out of nappies if other foster care workers hadn’t volunteered to help me out.”

When she asked the out-of-hours team about their arrangements for Covid-19, they told her there weren’t any places for the the baby and suggested that, in the event she needed to go to hospital, she keep it in the care of her teenage daughter.

When the paramedics arrived, however, they refused to leave the baby with her daughter, and made a decision not to transport her to hospital.

Although Jenny is now recovering from her illness, she is nonetheless angry at the council’s lack of response. “I don’t want flowers and chocolates,” she says, “just basic courtesy and engagement with my updates on the baby and respect for my basic rights”.

Coronavirus has exposed massive gaps in British society’s approach to care and reproductive labour – and nowhere more so than in the foster care system.

Jenny is a member of the Independent Workers of Great Britain (IWGB) Foster Care Workers, who have voiced growing concerns about the pressures that coronavirus is putting on the fostering system. They warn that the public health crisis will almost certainly cause an influx of children living in care and will likely lead to breakdowns in existing foster care placement.

‘We have none of the protections of being an employee.’

And already, according to Wright, the system has reached breaking point: “It’s having a massive effect on our members”. She argues that a decade of austerity, coupled with increasingly unstable working conditions, have contributed to an already dangerous situation.

Foster carers like Jenny work under a tenuous employment arrangement. Legally speaking, carers are considered self-employed, but they still rely on independent fostering agencies or local councils (depending on the jurisdiction, which varies across the UK) to oversee their foster care placement and pay them their salaries. “We’re under very tight control in terms of what we can or cannot do,” says Wright, “but we have none of the protections of being an employee”.

Carers undertake copious reporting and record-keeping to ensure they meet safeguards and legal expectations; they risk losing their regular income, usually around £150/week plus a household allowance, if the child is taken out of their care.

Laura*, another foster carer, had a young child in her care when she developed Covid-19 symptoms. But after alerting the local authority she was told that no respite care was available. She continued to care for the child throughout her illness, but when she recovered, found that they had confiscated her pay for the three weeks she was sick, saying that she couldn’t possibly have been working.

“My rent didn’t go down because I was sick. My job didn’t get any easier because I was sick,” she explains. When she told the local authority that she was struggling to pay rent as a result, they gave her a £500 loan. “Foster care workers are treated like nothing, nobody,” she says, “Why isn’t the government doing anything?”

Lockdown means that foster carers have lost vital support from social services. Regular visits from social workers have been reduced to short phone calls and, with most foster children no longer in school, carers have taken on homeschooling and childcare duties during the day.

Respite care – where carers looking after children with extra needs are given a few nights of temporary relief a month – has stopped, as well as much of the extra support for children with medical conditions and behavioural issues.

Miranda*, an IWGB member who works as a respite carer for Lambeth,  reported that she’d received no advice or emails from the council about the public health emergency and how it will affect foster care.

In a written response, Lambeth council said, “Foster carers, who make such a vital contribution…are a top priority for us” and that they “update our carers on a daily basis with any new developments” and would be “checking with all of our in-house foster carers and respite foster carers to ensure that they have received the information we have sent them”.

‘There’s a high level of children with quite complex disabilities.’

From the perspective of carers, the ramifications are clear: without proper support, placements will break down. The relationships between carers, foster children, and birth families are mediated by the social care system, which oversees visitations and manages conflict when it occurs.

“Obviously children in the care system aren’t there because it’s their fault, but they’ve all suffered some degree of trauma or loss by definition, because you’ve at least lost your birth family if you’ve come into the care system,” says Wright, “These are children with a much higher level of need in terms of mental health and physical health. There’s a high level of children with quite complex disabilities.”

It remains unclear how deep the long-term effects of this crisis will be. Likely, the stress on the system will only worsen when conditions resume as normal and the system catches up with outstanding instances of abuse.

“We’re having children in traumatic situations much longer,” says Carrie Harrop, a care leaver and a coordinator with the Care Leavers’ Association, a group that supports young people who have had experience in the system.

Already, there are reports that calls to domestic abuse hotlines have risen by 25% during lockdown. “All of those child protection issues, which at the moment, nothing can be done about, they’re just getting worse,” warns Harrop, “They’re going to create some real pressure after Covid-19 finishes.”

‘It’s even worse than I thought’.

Without sick pay, proper employment status or relief during the crisis, foster carers have been put in a particularly risky situation.

In ideal circumstances, carers are supported by networks of peer support groups, social workers, specialists and educators, as well as a strong relationship with the birth family. It has the potential to be a system of mutual care, and one that values the entire community that helps to raise a child.

But the public health crisis has exposed the systematic undervaluing of social reproduction work. Despite the vital contribution that foster carers make, they have instead seen their support systems stripped away.

“It’s even worse than I thought,” says Jenny, “Covid-19 has really exposed how bad it is. How few rights we have. How little respect.”

**Identifying details have been changed to protect anonymity

Josh Gabert-Doyon is a freelance writer and radio producer with a focus on labour, tech and health.