It’s Time for the UK Left to Regather Momentum

Only now it’s over can we see how audacious we’ve been.

Five years ago the left launched bids to capture the governments of the US and UK, two of the world’s most powerful states. Considering the weak state of the left at the start of these efforts, we came much closer to succeeding than anyone should have believed. It’s a matter of tragic historical irony that those attempts were defeated mere weeks before the Covid-19 pandemic and accompanying economic collapse underlined the desperate need for the policies Bernie Sanders and Jeremy Corbyn’s Labour were advocating.

The current crisis is likely to produce epochal change. Current estimates of the scale of the economic collapse sparked by Covid-19 are astounding. The US Federal Reserve recently stated US unemployment might reach 32% while GDP could shrink by 30%. The IMF is estimating an economic contraction similar in size to the Great Depression of the 1930s. We are moving into an economic and political context which will be quite different to the one experienced in the last decade. The left will have to go through a profound process of recomposition if it is to adjust to the new era; the defeat of Corbyn and Sanders only emphasising the need for left strategy to be rethought.

There is, of course, much to build on. Leftwing ideas are more mainstream now than they have been for decades. While it’s over-optimistic to say the left has won the battle of ideas, we have succeeded in building considerable popular support for policies and a vision of society that just a few years ago was still utterly marginalised and barely acknowledged. Whether this potential is realised depends on how effectively the left can exert itself as an organised force, and not just an intellectual one.

There will be many planks to any left strategy going forward, but a central one in a UK context must be the renewal of Momentum, an organisation that still has upwards of 30,000 members, some financial resources, and a wealth of organisational experience, as well as its much talked about data.

For these reasons and others, Momentum is the obvious vehicle through which activists in and around the Labour party can organise, rethink and make ground towards a socialist future. But at the moment, Momentum isn’t fit for that purpose. Indeed, in the absence of a Jeremy Corbyn leadership to defend, it’s not entirely clear what its purpose is. It’s for this reason that I decided to put energy into Forward Momentum, a ten-week campaign which has been launched to force the issue. 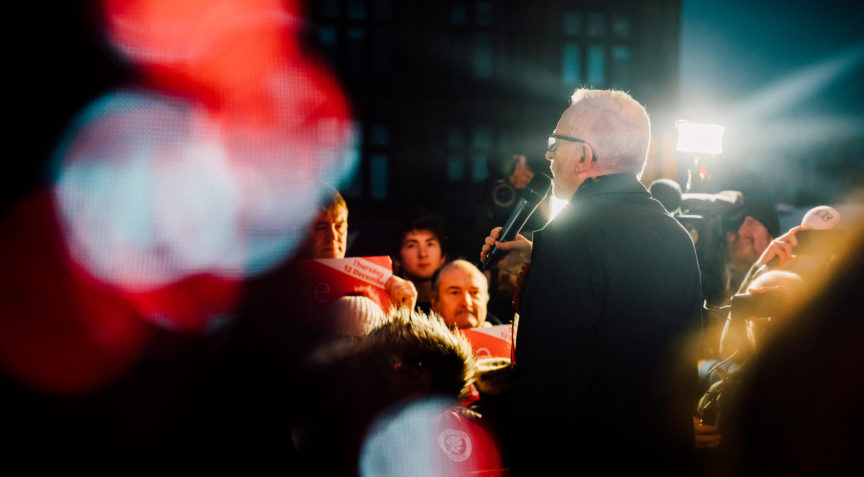 Momentum has of course made progress in a number of key areas since its foundation. Alongside building a strong digital media presence, winning internal Labour elections, and running effective Conference voting operations, its primary achievement has been to mobilise thousands of activists in two general elections, with the My Nearest Marginal app and Labour Legends initiative helping to direct people to seats where they were most needed.

Indeed, in the last few years Momentum has become, more than anything else, an electoral machine. This is understandable when we consider the historically rare circumstances of two elections in two years. After the 2017 general election, much of the left bought into the idea of a ‘government-in-waiting’ which needed ‘one last heave’ to propel it into Downing Street.

Events didn’t play out that way, and although the Covid-19 outbreak has added an element of unpredictability, a general election is not due until the end of 2024. In this sense, we are now in new territory. While the reality of five years of strong majority Conservative rule is daunting, it does provide us with an opportunity to begin to think and act differently over a longer timeframe.

For Momentum, this boils down to a simple question: if the organisation isn’t focusing on contesting elections, what should it be doing?

Forward Momentum proposes that, as well as organising in the Labour party, Momentum should focus on building power in communities, providing training, support and resources for members and supporters to organise their own campaigns, or plug in to existing ones. Such campaigns should focus on building public support for socialist ideas over the long term and supporting those engaged in the struggle for economic and social justice. This would represent a shift towards building forms of social power rather than just electoral power, or power solely within the Labour party. It would also represent an attempt to return to one of Momentum’s earliest promises to “build new and support existing organisations that can make concrete improvements to people’s lives” – an objective that has largely been deprioritised. 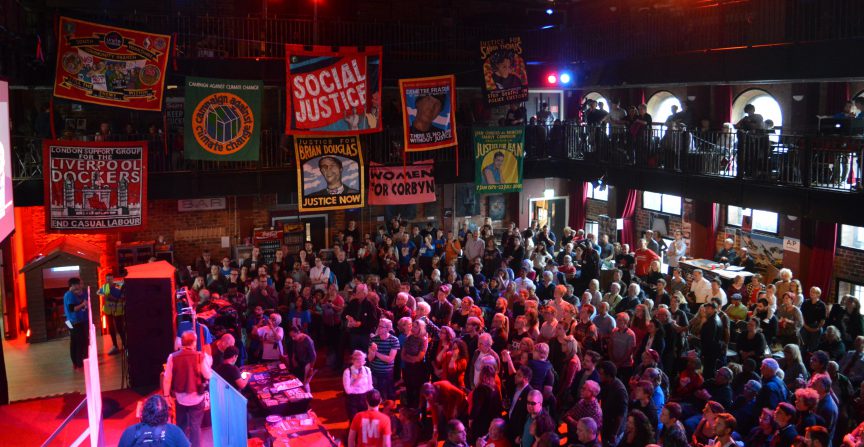 While the precise forms this might take ought to be worked out through debate and practice, it’s not hard to imagine the dramatic impact Momentum could have when reoriented in this direction. The kinds of mobilising techniques developed for Momentum’s electoral works could be used as a force-multiplier, initiating and amplifying workplace and community organising and campaigning.

This kind of activity, aiming to directly change the communities in which we live, will likely prove essential in keeping members and supporters engaged with Momentum now the prospect of parliamentary power has receded. A few instances of the successful deployment of such tactics could make Momentum a renewed pole of attraction for the left, gathering the necessary forces not just to build large and densely-connected local groups but also to keep the level of engagement that will allow the left to win victories within the Labour party and at the municipal level.

Developing these tactics and building the forces needed to enact them will require completely different levels and forms of democracy to those that currently exist. Changing what Momentum does has to go hand in hand with changing what Momentum is, or how it operates. This is why Forward Momentum proposes a ‘refounding’ of the organisation, led by members and consisting of public meetings across the country and online discussions, leading to a digital refounding convention.

As well as providing a forum for deciding strategy and organisational priorities, we hope the convention will provide a space in which Momentum’s democratic structures can be reimagined and rebuilt so as to better empower members to organise locally and nationally.

Momentum’s current democratic structures are dysfunctional, a consequence of uneven development driven by ad-hoc and top-down constitutional changes. These problems are worth discussing in detail if only to underline the importance of fixing them.

The somewhat acrimonious constitutional changes of early 2017 were explained by those in favour as a move away from a more traditional delegate structure towards direct member democracy with one-member-one-vote (OMOV) across the organisation nationally. In theory this approach did have merits, potentially preventing established left groups from marginalising the majority of unaffiliated members and giving decisions made by OMOV greater legitimacy.

But in reality the current arrangements have left members disempowered. Elections for the national coordinating group (NCG) have been suspended and are now well over a year overdue. When they have happened previously turnout has been poor. And last year’s constitutional change – which moved elections from once a year to every two years – along with the endorsement process for the Labour leader and deputy leadership candidates, have both drawn criticism for being opaque, restrictive and engineered to secure predetermined outcomes. 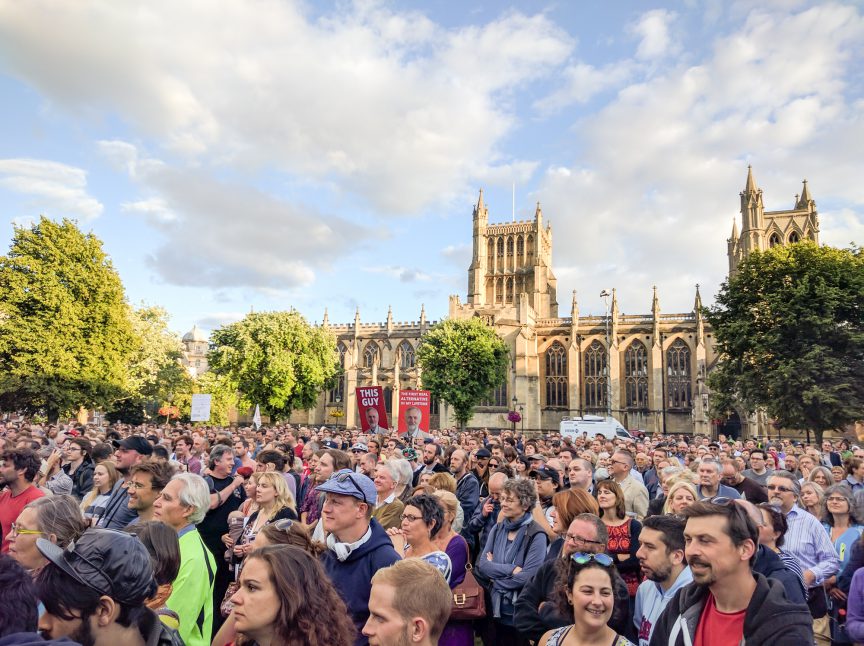 Running alongside all of this is the failure of Momentum to develop genuine participatory digital infrastructure that might have enabled more active participation from members in the absence of more dynamic representative structures. Such is the lack of opportunities for engagement from the base that it is now commonplace to hear Momentum members describe their experience of being part of the organisation to basically ‘being on an email list’, or ‘being told what to do by an email list.’

Though Momentum isn’t a political party, a useful way to think about all of this is through Pablo Gerbaudo’s work on digital parties. Momentum in effect has adopted a form of ‘plebiscitarian democracy’, which is top-down and heavily managed to secure certain outcomes. Gerbaudo points to the “process of decision-making and the way in which the party…can influence the results of digital ballots through their timing and the formulation of questions submitted to the base”.

We can summarise the way Momentum currently operates as ‘the plan is centralised and the work is distributed’. This might make sense during an election, where strong central coordination has considerable advantages and when the goal is already agreed. But if Momentum is to be anything other than an election machine, and if there are disagreements among the membership over strategy, then we need something quite different. What Momentum does going forward is now more than ever an open question and it must be subject to rigorous collective debate, planning and decision-making.

The membership is Momentum’s greatest resource and they must have a say in shaping the organisation’s strategy and leading on its delivery over these next few crucial years. The structures as they exist right now are simply not fit for this purpose. They have contributed to a situation in which most Momentum members feel disempowered, disengaged and sometimes even hostile towards the organisation’s centre.

Of course, democratic participation takes time and energy – two things contemporary capitalism strips us of. So, any new internal structures shouldn’t be overly-complicated and time-consuming. But equally, members should have the right to shape the organisation’s priorities and direction, choose its leadership and hold them to account.

Forward Momentum has proposed a number of ideas for how this could be achieved, including member oversight of how slates are selected, a participatory strategy development process, votes on policy priorities for Labour conference, and ensuring that members’ representatives form the overwhelming majority on the NCG. We’ve also proposed a series of reforms to how local groups work and how members can organise by occupation or interest. 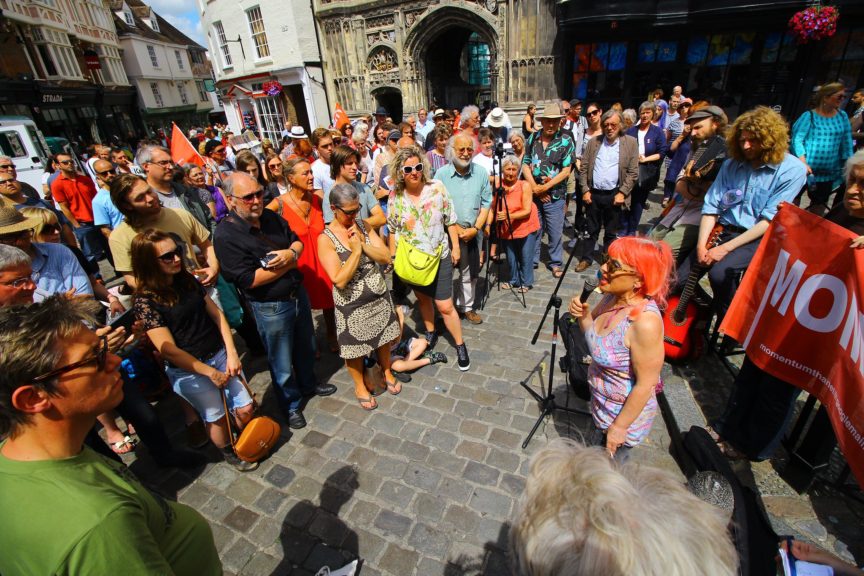 Democratic reform of Momentum is the first step towards realising a vision of Momentum as an effective campaigning and election-winning organisation, led by and supportive of its members and local groups. You can’t have one without the other. But democracy is about more than structures. It’s about culture and political education – providing people with the confidence and skills they need to participate politically.

Yet despite the efforts of some active local Momentum groups, and accounting for the fact that The World Transformed first emerged out of Momentum, there has been very little sustained and coordinated effort to engage in political education across the organisation as a whole.

This is especially crucial because the renewal of the left over the last five years has produced many participants who are relatively new to politics and can be overly-reliant on or influenced by unreliable online content. Forward Momentum believes every Momentum member should be able to learn and develop as an organiser and have access to political education and training courses, online and in person, no matter what their experience. Along with other reforms to how candidates for elections are chosen, we see political education as vital to helping develop a new generation of socialist activists and leaders.

When the left and the Labour party as a whole was in the ascendancy, and with a general election looming, Momentum members were prepared to tolerate a somewhat dysfunctional organisation. But this goodwill is not inexhaustible, and if serious reforms aren’t made it is likely the trend of people formally leaving or completely disengaging from Momentum will rapidly accelerate. Organisations with the resources and reach of Momentum – even if it is suffering from inertia – are not found so easily. So let’s be audacious once again, build on our successes and re-found Momentum to make it fit for the struggles ahead.

Keir Milburn is the author of Generation Left and a host of #ACFM. He is on the campaign board of Forward Momentum.