Liberals Are the Ones Hijacking BLM. Racial Justice Is Always Political

Support Black Lives Matter, but only in sentiment and not deed. That is the message Labour leader Keir Starmer sent out in a recent interview with the BBC, where he made clear his opposition to defunding the police.

His words – which he has since said he ‘regrets’, in a non-apology on Thursday afternoon – were not only condescending and disrespectful towards Black people, but further entrenched a do-nothing attitude towards threats to Black lives. The nation was told that, for Sir Keir, the idea of defunding the police is ‘nonsense’. Not content with this dismissal, he added that he thinks it a ‘shame’ that what was just a ‘moment of reflection’ has become ‘tangled up with … the organisation Black Lives Matter’.

Labour leader Sir Keir Starmer tells #BBCBreakfast it’s “a shame” the sentiment behind the Black Lives Matter movement is getting “tangled up with these organisational issues” and it’s “nonsense” to call to ‘Defund the Police’. pic.twitter.com/7ydITWGZWN

Soon afterwards Nigel Farage came out to say that he ‘heartily agreed’ with the Labour leader – no doubt recognising Starmer’s line for what it was: a condemnation of an anti-racist movement. The BBC has followed suit with a reminder that wearing Black Lives Matter (BLM) badges on-air breaches its impartiality guidelines as it is a political campaign. The Premier League has been similarly perturbed, choosing to defang its own campaign, that saw footballers wearing shirts carrying the BLM slogan, by issuing a statement to say that it is “aware of the risk posed by groups that seek to hijack popular causes to promote their own political views”.

Even more clear is the concern expressed by Tottenham Hotspur’s executive director Donna-Marie Cullen after BLM UK tweeted criticisms of Israel’s plan to annex the West Bank. She said in a letter to a fan: “It is unacceptable that a value-based action is being hijacked by those with their own political agenda.”

It ought to be astonishing that these critics, who came so late to the cause of anti-racism, are now so quick to lecture on the legitimacy of the BLM movement. But they are just the latest perpetrators in a long history of speaking over, depoliticising and actively sabotaging BLM and wider anti-racist movements.

Far from being a reflective ‘moment’, as suggested by Starmer, the BLM movement dates back to 2013. It began then with the acquittal of neighbourhood watch coordinator George Zimmerman who shot and killed 17-year-old Trayvon Martin. The activist Alicia Garza responded to this acquittal with a Facebook post including the line, “I continue to be surprised at how little Black lives matter… Our lives matter”. From this Garza and other activists were inspired to form a BLM organisation. 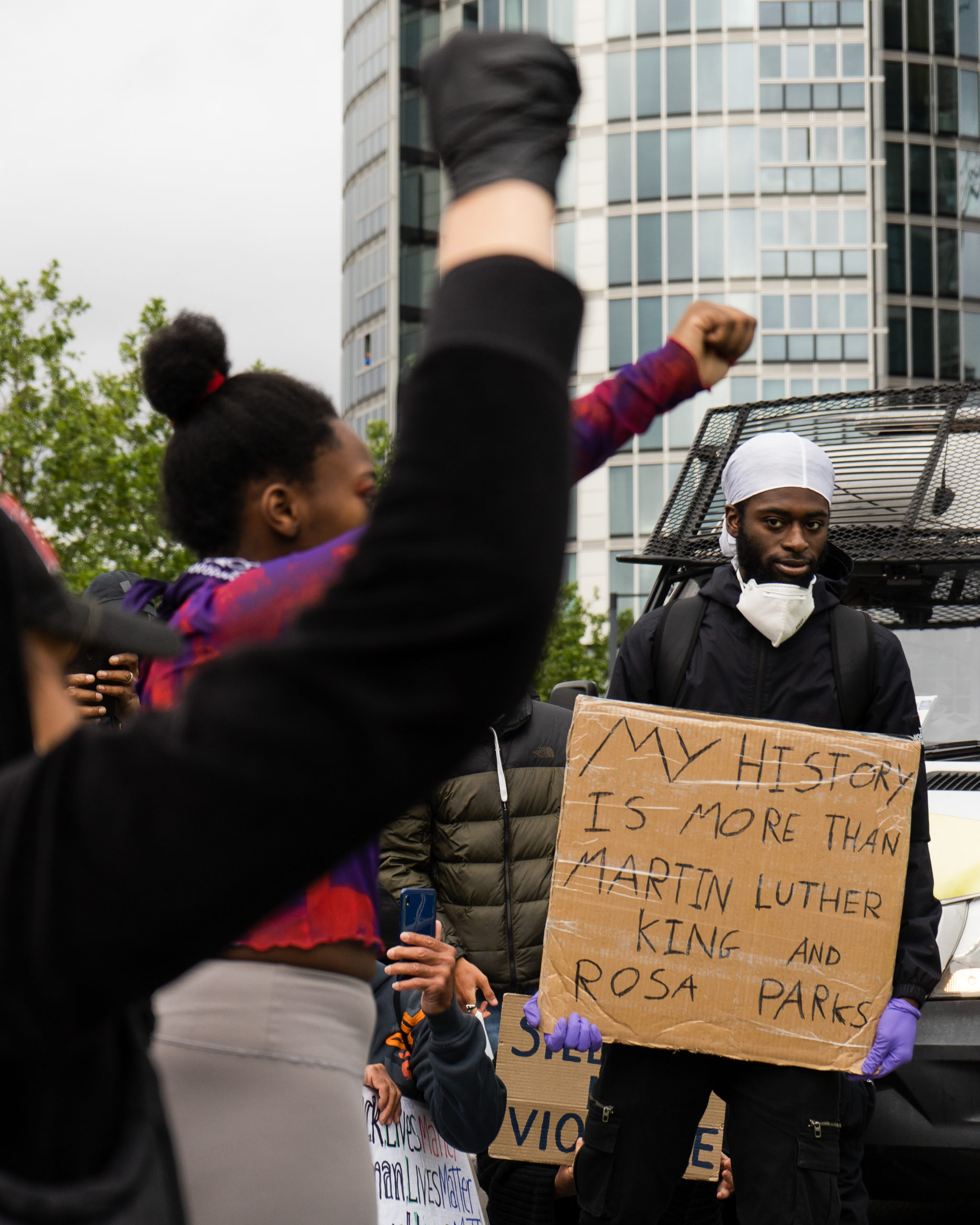 In 2014 Black Lives Matter joined together with more than 150 other groups, including the Ella Baker Centre for Human Rights and the National Conference of Black Lawyers, to form the wider network known as the Movement for Black Lives (M4BL). By 2016 the movement had been subject to a 140,000 signature petition to the White House asking that it be identified as a terrorist organisation.

Not everyone who has said that Black lives matter in the intervening years has done so to express support for a particular organisation or network. But the history of the movement and the criticism it has drawn highlights that those who use the slogan have for a long time also been moved to act on it politically.

It is in ignorance of this history that Starmer chose to take a knee and then less than a month later revoked his support for organisations bearing the BLM name. When taking a knee, the Labour leader should have been aware that the BLM movement does not have ‘very, very strong’ support for the police as he does. In fact, the movement is most closely associated with calls for justice after the deaths of black people at the hands of the police – the killing of George Floyd being, unfortunately, only a recent prominent example.

It was as long ago as 2016 that the M4BL released its policy platform calling for divestment from police and incarceration, advocating instead investment in ‘education, local restorative justice services, and employment programs’. Whilst there might be differences in opinion within the movement on what exactly should be done about policing and prisons, there is at least consensus that something ought to be done and a recognition that the criminal justice system as it stands has proven itself to be at the heart of our racism problem. On this point, former directors of public prosecution, like Starmer, are part of the problem, they are not anti-racist leaders. 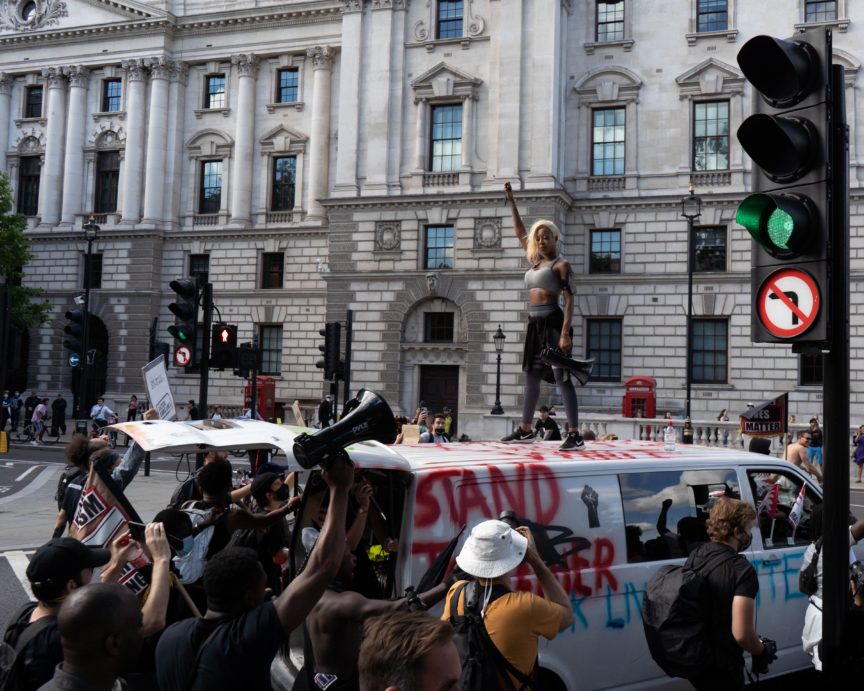 Even if one had not grasped the scale of the US movement, Britain has seen organising under the BLM name for four years now. From the very beginning, BLM UK resisted the urge to be reduced to a single-issue campaign and spoke about housing, education and climate justice alongside the headline issue of black deaths in custody. Soon after, large sections of the British press turned on the group with critical pieces published by both right and left-leaning newspapers.

Criticism of BLM UK most often centres on questions of legitimacy. Is the movement black enough, local enough, educated enough or apolitical enough to do its work? Today, just as in 2016, the answer from leaders across British society seems to be: No, stay quiet and let us take care of it.

Prominent institutions may be shrinking away from their support for BLM organisations, but it is them and not the black-led groups who have hijacked the movement. We have been reminded that no one should expect the Labour party to come out in support of police or prison abolition. It would be even more surprising if the BBC or Premier League made such a move. But in identifying with the ‘moment’ in its most woolly and apolitical form they have claimed ownership of an anti-racist movement that began in Black people’s political hope for justice.

It is a political hope because for Black lives to matter something fundamental has to change about how we live together. Those who genuinely want justice for Black people will now have to find ways to wrestle back control from those who have hollowed it out. That means taking an activist approach. It means not deferring to Starmer’s pride and his commitment to the racist status quo.