‘This is Our Home’: The Ex-Mining Community Fighting Demolitions in Yorkshire

Cindy Readman is chair of the residents’ committee for Wordsworth Drive and Sugar Hill Close, a privately-owned social housing estate in Oulton, near Leeds. Pemberstone, the private investment firm which owns the estate, is seeking to demolish the residents’ homes and replace them with what those who have seen the plans describe as “expensive, executive housing”.

We’ve just sat down after setting up a gazebo in her garden, under which a few of Cindy’s neighbours will gather this afternoon – while observing social distancing – to catch up and plan their next move. As Cindy explains their case to Novara Media, her husband John remains standing, holding down the gazebo in the gathering wind and rain. 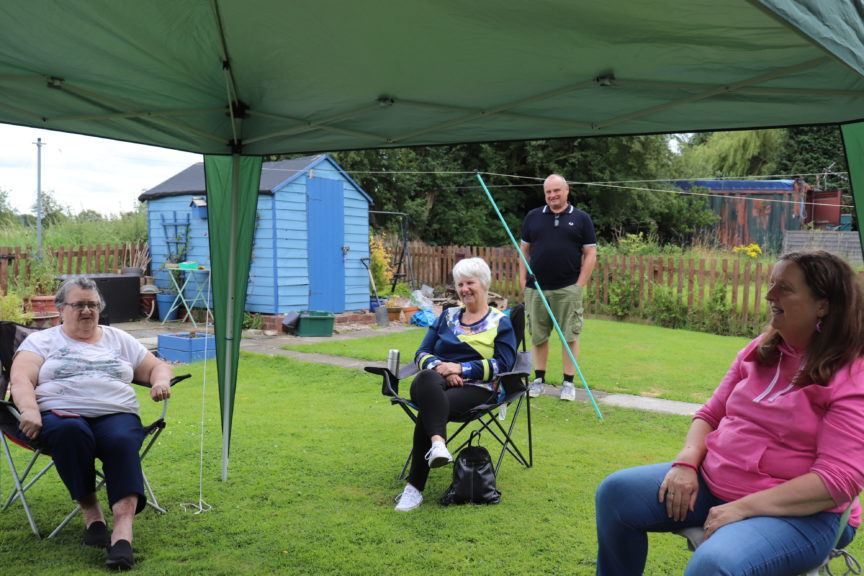 After the plans were revealed “out of the blue” by Pemberstone a couple of years ago, the residents began a fight which would see them gather the support of hundreds of local residents and organisations as well as address full city council meetings and planning committees. Following months of tireless campaigning, the residents left the council’s planning hearing last October almost too shocked to believe what had just happened. Leeds City Council had refused Pemberstone’s plans. Their community was saved.

This relief was short-lived. In April this year, with only a few days left before the deadline, Pemberstone launched an appeal against the council’s decision which will be heard this coming October. In a climate of deep recession and talk of vastly scaled-back planning regulations, there are grave concerns about the outcome. Once again, Cindy and many residents in the area are looking at the community they love, the homes they’ve raised children and grown old in, and wondering if they will soon see them torn down.

Oulton sits just off the M62, a few junctions along from the centre of Leeds, and as such has in recent years seen a steady rise in property and rental prices. Karen Bruce, a former Labour councillor who’s been involved in the case from the beginning, informs Novara that there are no other estates in the area which could come close to housing all the residents here. She isn’t the only one who describes the effect of demolishing this estate as “social cleansing”.

Waiting lists for social housing in this area were long even before the pandemic hit, with those few council houses available “dotted around all over the place”. In the event of demolition, this tight-knit community would be torn apart. Cindy has been quoted an estimate of 99 weeks to be rehoused. 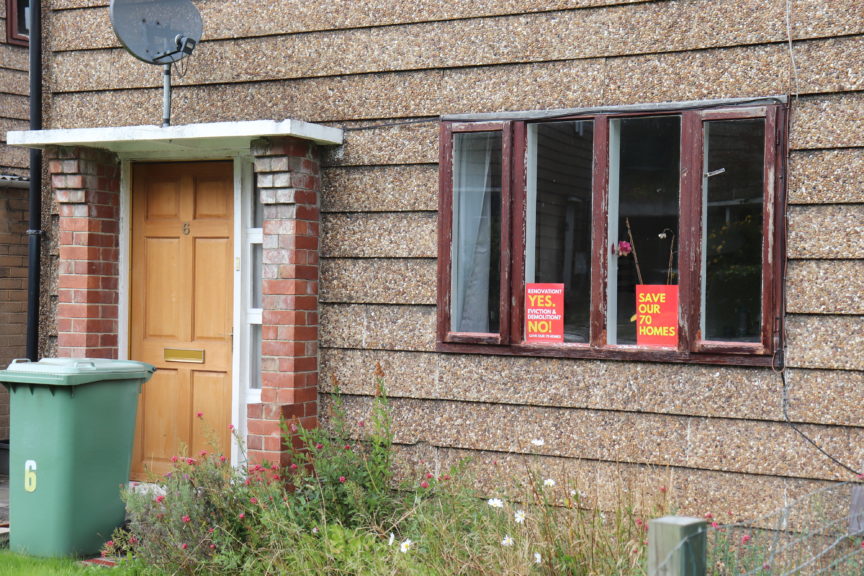 Some of those who live here, like Barry Abbey, in his 80s, are ex-miners who have special protected tenancies due to the history of the estate. All the houses in this area would have originally been the same as those on Sugar Hill Close and Wordsworth Drive: Airey-style prefab homes, built by the National Coal Board in the 1950s to house miners and their families. Pemberstone insist their proposals “meet […] the obligations for those under the regulated tenancies”, but there’s little faith amongst the community that the solution would be viable for these residents, whose age and health make them particularly vulnerable. In their appeal, Pemberstone cite these vulnerabilities as part of their justification for demolishing the residents’ homes – when mentioned, this draws some colourful commentary from the women in Cindy’s garden.

According to Cindy, Pemberstone’s legal team have insisted on a remote hearing rather than delaying it so it can be held in-person once it is safe to do so. There’s a feeling that this is a tactic employed to minimise the residents’ ability to put forward “the human stories” involved in the case.

John thinks Pemberstone have been able to use the pandemic to their advantage more generally. While the residents were able to raise funds for their campaign through marches, demonstrations and attending local community events in the past, the current crisis means these traditional avenues of raising awareness and funds are closed. This means the campaign will be much more heavily reliant on another part of their strategy: social media.

Hazell Field, another resident, explains that she’d never really used social media prior to all this. Now the other women call her “our Twitter queen”.

Hazell runs three Twitter accounts, using them variously to drum up support, raise awareness about broader housing issues and fire questions at relevant government figures. Crucially, she’s also sharing the campaign’s JustGiving page regularly across these accounts because the need to raise funds is even greater now than it was previously.

They’re getting a law firm to defend the council’s decision on their behalf, alongside the council’s legal team, Cindy explains. The legal fee stands at £25,000, and throughout our conversation, the only moments Cindy looks in any way daunted come when discussing this figure.

“We need to raise a lot of money this time around, more than last time,” she says. “The NUM [National Union of Mineworkers] have been great and they’ve started us off with a good donation, but there’s a long way to go.” 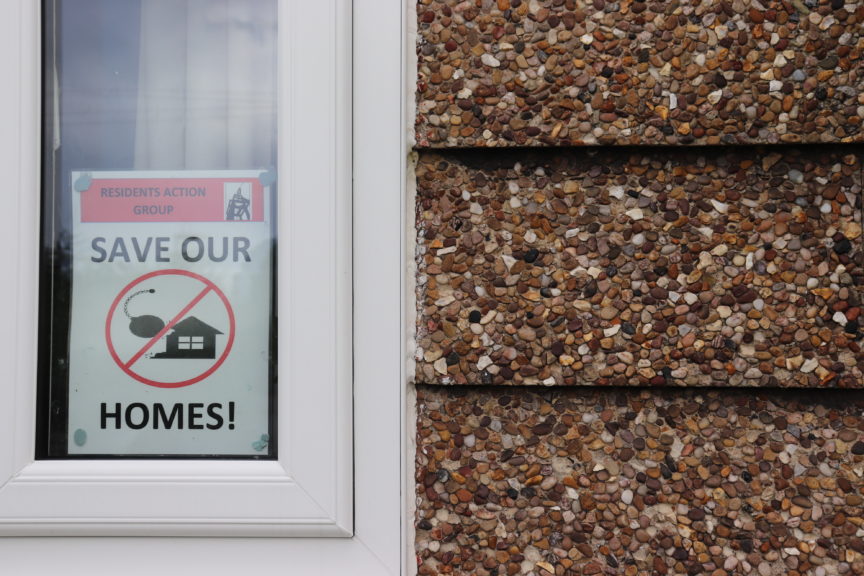 As a union rep at a local school and a former miner and NUM member, Cindy and John have been able to tap into what John describes as “traditional working-class skills: organising ourselves, solidarity”. This, John notes, has been crucial for the campaign.

There are currently 284 documents attached to the planning application published on Leeds council’s website. Of those, more than 170 are objection comments, from residents, local people, the local Labour party branch, the National Union of Mineworkers, Acorn tenants union and more.

They’ve taken strength too from bonds forged with other communities that have fought similar battles. They name a few: Montreal Square in Cambridge, Foxhill in Bath (“they won theirs,” says Hazell), Ledbury Action Group, who they’ve shared best practices and information with, and who have offered and received support. Both the victories and losses hold lessons for the residents of Sugar Hill Close and Wordsworth Drive.

Whatever happens though – even if it’s the worst – this community won’t be quick to give up.

“This is our home. At the end of the day, we have two choices: shut up and go away, or fight it,” says Cindy. It’s clear after spending just a few hours with Cindy, John and their neighbours that they’re set on the latter.

Ethan Shone is a freelance journalist based in Yorkshire. To find out more about how to support the campaign, click here.