Myanmar’s Military Was Already in Charge, So Why Did It Stage a Coup?

For the past ten years, as Myanmar has transitioned from an outright dictatorship, the country’s military has gotten just about everything it wanted. After installing a government made up of former generals in a rigged election in 2010, it began reforms that helped the country shed its global pariah status. Political prisoners were set free, newspapers were allowed to publish without the approval of censors, and citizens finally got access to SIM cards and the internet.

The centrepiece of this carefully planned transition was a general election in 2015. It was the freest in decades (even though hundreds of thousands of minority Rohingya were disenfranchised), and democratic icon Aung San Suu Kyi won in a landslide – a result the generals surely expected. Crowds flooded the streets to celebrate, and Western nations that had once been the military’s harshest critics joined a chorus of international approval.

Even with Suu Kyi’s National League for Democracy (NLD) in government, though, it was clear the military was still in control. The generals never relinquished their stranglehold on large portions of the economy – in particular, lucrative interests in jade and other extractive industries. In fact, as EU and US sanctions were relaxed, a flood of foreign investment helped to enrich the military even further.

It also maintained overwhelming influence in political affairs. A quarter of all seats in parliament were filled with unelected soldiers, who were able to prevent changes to the constitution the military drafted in 2008 to entrench its power. Under the charter, the commander-in-chief Min Aung Hlaing was granted the right to appoint the ministers for border affairs, home affairs and defence, ensuring he kept control of a security apparatus that had been used to brutally repress dissent for more than half a century.

So when Min Aung Hlaing ordered soldiers to storm Rohingya villages in Rakhine state in 2017, murdering thousands of men, women and children and torching hundreds of villages, the civilian government had no power to stand in his way. Nor did it want to. Suu Kyi’s office had already, in 2016, pushed military propaganda by declaring that reports of mass sexual violence by soldiers against the Rohingya were “fake rape”. Suu Kyi eventually travelled to The Hague in 2019 to defend Myanmar and its military against a charge of genocide.

For many foreign observers, including me, all this made the prospect of the military toppling Suu Kyi’s government seem unlikely. Why stage a coup against a government you allowed to be there in the first place, and one that has no meaningful way to threaten your power?

But early on Monday morning, hours before MPs were due to convene for a new term of parliament, soldiers detained Suu Kyi and other top government figures, including president Win Myint, before declaring a year-long state of emergency and imposing an 8pm to 6am curfew nationwide. 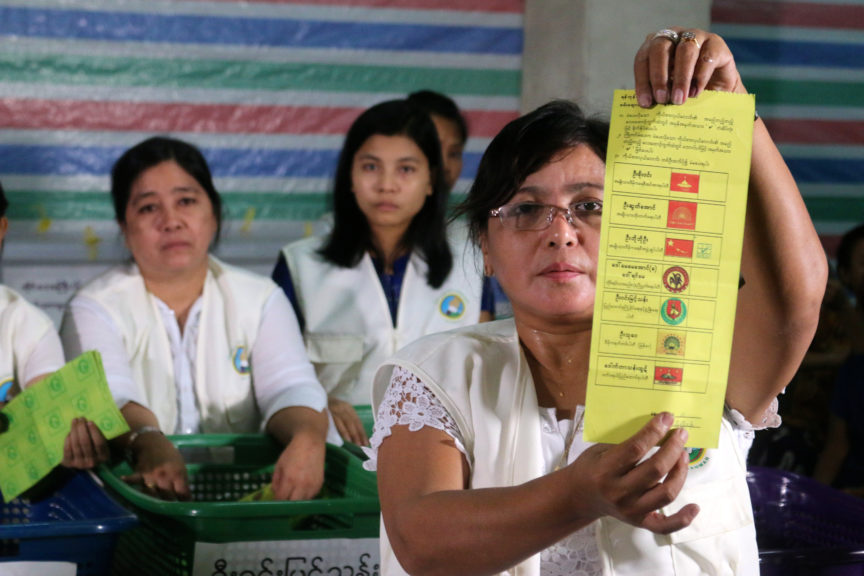 As justification, it cited unfounded claims of voter fraud in last year’s election, which once again delivered a huge landslide to the NLD and left the military’s party with just a handful of seats. Phil Robertson, deputy director for Asia and Human Rights Watch, told the BBC the coup was “inexplicable”.

Speaking a few hours after Suu Kyi’s arrest, Myo Nyunt, an NLD spokesperson, offered his thoughts on the military’s motives. “They may have many reasons… but we thought they were worried about losing their political influence,” he told me by phone from his home in Yangon, adding that he expected to be detained soon himself.

The answer could be as simple as Min Aung Hlaing’s greed and ambition, as NLD party grandee Win Htein later suggested to reporters in Naypyitaw. The commander-in-chief, who was due to retire this year after turning 65, had given “priority to power and his personal desire,” Win Htein said. Now, he has consolidated control and can remain in charge until at least the end of the state of emergency in February 2022, and potentially longer. “Staging a coup at the moment shows they are not wise and are narrow-minded,” Win Htein said.

The coup may not seem to benefit the military in the long run – for one thing they are likely to be hit with US sanctions again soon – but its top brass might have a different idea of what beneficial means. There’s a limit to how much you can rationalise the motives of an institution that committed a genocide where soldiers threw babies into fires.

While the NLD had no power over the military, perhaps Min Aung Hlaing and other generals decided they were fed up with the party’s antics anyway. NLD MPs attempted to amend the constitution in parliament in 2019, with the goal of eventually removing the military from politics. Because changes to the charter required at least three-quarters of the vote, they were easily vetoed by angry military MPs.

But the party did manage to find a loophole in the constitution that allowed Suu Kyi to lead the government even though she was barred from being president because her children are foreign citizens. A close ally of hers, a constitutional lawyer named Ko Ni, reportedly helped find the legal justification for creating a new role of state counsellor so that Suu Kyi could lead, as she put it, from “above the president”.

Ko Ni, an outspoken critic of the military, was Suu Kyi’s most powerful weapon in her bid to change it. So when an assassin shot him in the head at point-blank range in broad daylight in early 2017, many believed the order came from high up in the military. 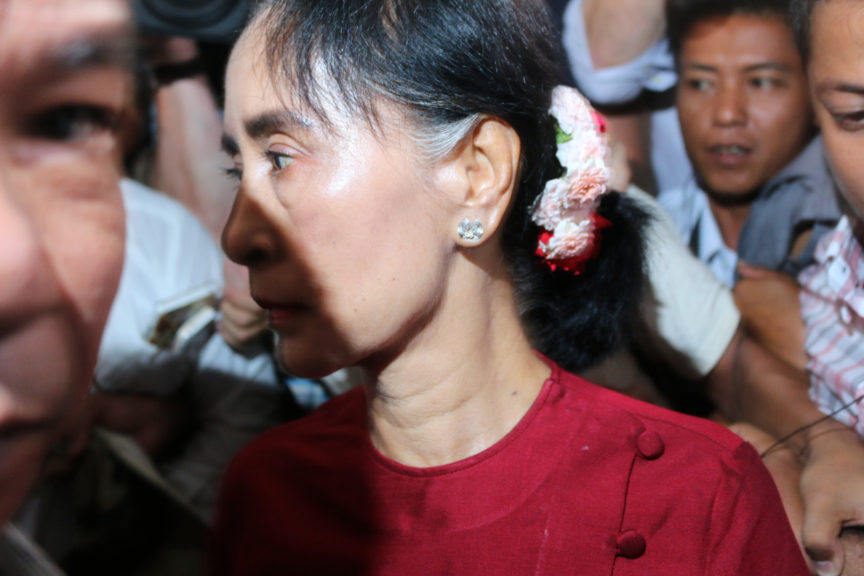 It’s possible that toppling Suu Kyi just before she began her second term was the military’s plan all along. The generals are known for their long-term thinking; they have been setting the stage for a “discipline-flourishing democracy” since 2003, when then prime minister General Khin Nyunt published a seven-point roadmap that included a plan for “free and fair” elections.

It’s still unclear if Min Aung Hlaing’s dictatorship will be as oppressive as previous ones. The nighttime curfew suggests it will be, and journalists are still waiting to find out if the new regime plans to put them in prison or not. But people still have access to the internet after it was temporarily shut down during the coup and local media outlets are still publishing stories.

The military has said it plans to hold new elections and allow the winner to take power, but many are unconvinced, and a civil disobedience campaign against Min Aung Hlaing’s rule is due to begin tomorrow. Previous uprisings against military rule, in 1988 and 2007, ended with protestors being gunned down in the streets.

The only ones with a clear idea of how things will play out are the military, said Myo Nyunt, the NLD spokesperson. “I don’t think anyone can guess what will happen next. That’s up to them.”

Joshua Carroll spent six years based in Myanmar, where he reported for Al Jazeera, the Guardian, The Times, The Daily Beast and others.