Say what you want about arch-imperialist Rudyard Kipling, but his poem on Tommy Atkins, the mythological personification of the British soldier, captures in the final stanza something which must have nagged at serving and former military people since time immemorial.

Kipling captured the soldier’s awareness of his (or her) own instrumentalisation by the ruling class. Not just in his role as the kinetic wing of empire, as British capitalism’s expeditionary muscle, but as a largely voiceless but very conscious figure in a culture war whose agency has been reduced to simply looking on as his name is taken in vain.

I spent a large part of 2020 working on a new book about veteran identity. As a result, I’ve spent hours interviewing ex-military personnel with varying political views. Almost without exception, and regardless of individual politics, they tell me about a profound sensation of capture, and a bleak acknowledgement that we have become one of the instruments of choice in the culture war.

By culture war, I mean the effort to distract from the shortcomings of the current Tory regime by making the debate about patriotic dick-measuring rather than meaningful politics. This is a trap for the left, as we know, and it is one which Labour has flung itself into energetically since Sir Keir Starmer’s election as leader.

Just last week, two examples materialised which embodied the feelings that many ex-military people I have spoken to on and off the record lately seem to share.

One is a leaked briefing to the Labour party from a PR firm which, although apparently not policy yet, fits the party’s new pattern of abandoning any progressive sentiments in favour of a retreat into jingoism. The other was the debate around the sad passing of Captain Sir Tom Moore.

“They just genuinely think people are stupid,” a recently discharged former Royal Engineer told me, explaining that he felt Labour’s track record on vets over the course of the pandemic spoke to a performative rather than heartfelt interest in us.

“We’ve gone through a year where there would be people already leaving [the military], going out the door into complete uncertainty, and the Labour party hasn’t said a word about it. But has found time to have photoshoots with old veterans.”

“I think it’s indicative of their attitude towards the whole section of society the army recruits from,” he added.

It was an honour to spend the day with the Standing Joint Command.

They have provided vital support in response to Covid-19: delivering protective equipment, running mobile testing and setting up Nightingale hospitals at speed.

Grateful for the opportunity to say thank you. pic.twitter.com/lPLyAq3tHv

It emerged last week that the Labour party has been advised (no doubt at substantial cost) to win power with “the use of the flag, veterans, dressing smartly at the war memorial etc” in order to “give voters a sense of authentic values alignment”.

In reality, the party has already been moving in this direction for some time. In July, for example, Sir Keir announced the relaunch of the Blairite Labour Friends of the Armed Forces group. The relaunch, on Armed Forces Day 2020, was accompanied by a statement from Sir Keir:

“I am proud of my country and proud of those who serve it. I want to open up Labour again to our armed forces, their families and veterans across our country.”

This, of course, implies Labour had been closed to veterans, but I was just one of many who canvassed for Labour in 2019. Many serving personnel voted for it. In both cases, this was partly on account of the startlingly good offer made to us in the 2019 manifesto.

The new leadership is not concerned about veterans; it is trying to use veterans and the military to bolster its authentocrat credentials. Not least in the largely fantasised “red wall” – England’s northern regions – from which many of the veterans I have spoken to hail. My own sense is that at this point liberal perceptions of military people and red wall voters coalesce. In their mind’s eye, we can only be understood as a reactionary bloc.

Many of us – northerners and ex-forces – disagree.

A militantly Scouse veteran and trade unionist who served a full 22 years in the Fusiliers, including tours of Bosnia and Northern Ireland, told me the culture war was not territory Labour could win on.

“For starters it would not work, even if it was a proven tactic, trying to outmanoeuvre opponents with their own policies doesn’t work.”

He felt Labour should avoid the culture war and look to the conditions which drove recruitment in the north.

“[Labour would do] better pointing out that the lowest paid and most dangerous jobs in the army get done by people from certain areas that had substandard education and a lack of options, who fought wars so others could get rich, and them people or the people 16,17,18 [years of age] in those areas now deserve better career choices.”

If there is a consensus among those I spoke to, it seems to be that the Labour party’s framing of us is inaccurate, that their attempt to cash in on us rhetorically is cynical and that in the end, it will not work anyway. 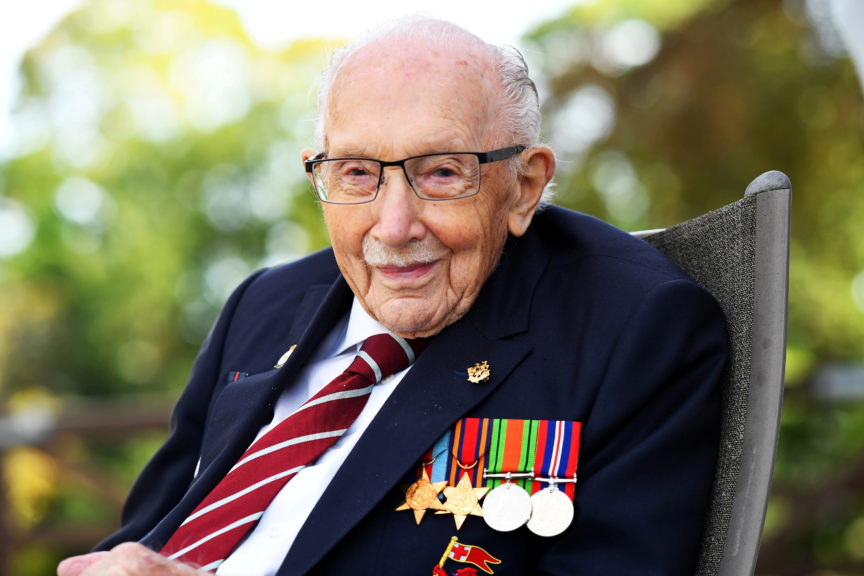 “I don’t have a bad word to say about Captain Sir Tom Moore himself, never. But that whole thing made me feel very uncomfortable,” a British Army Afghanistan veteran told me.

“I have the utmost respect for the man but none at all for the media and the government who exploited him to deflect away from the government’s incompetent handling of the pandemic and its failures to support the NHS.”

Despite him being a commissioned officer – the military’s ruling class – no one I spoke to would hear a word against the late Captain Tom. For many of us, however, a genuine respect for the individual is matched with profound unease at how he has been “exploited”. The general sense is that here was a well-intended, public-minded elderly man whose gallant campaign was rapidly seized upon by a flailing establishment, a parasitic military and the baser sections of the press, each for their own ends.

This position is not limited to millennial veterans. A former Royal Navy sailor who served in the late 80s and early 90s took a similar view. “The Captain Tom debacle was an example of mainstream media and government taking advantage of every bit of propaganda they could squeeze from this,” he said.

“No matter that the NHS was ran down to the bones prior to the pandemic, through decades of privatisation and disinvestment from the those who profited from Tom’s actions. I do not hold that against the old fella, he did a good thing, but the conditions that exist which require such an action are the problem.”

For some years now the population has been encouraged to treat all things military with unquestioning respect. Many of us have looked on at this process with concern and it is worth considering what the dynamic behind this new phase of lionisation is.

Clearly, from the mid-2000s there was a conscious effort to shore up British foreign policy by militarising society. Keys strand of this process included whipping up moral panic stories and personalisation, framing criticism of a policy as an attack on individual soldiers.

These are both processes described by professor Paul Dixon of Birkbeck university, a leading scholar on the topic and author of a report into what has become termed the ‘militarisation offensive’.

This tactic, or one like it, seems to have been expanded to cover any number of other issues, a process in which military people – and invocations of patriotic sentiment generally – are used to distract from government failings.

Only last month Priti Patel, for example, tried to deflect criticism of refugee accommodation in a former army base by insinuating that to do so was disrespectful to the troops. “This site has previously accommodated our brave soldiers and army personnel – it is an insult to say that it is not good enough for these individuals,” she tweeted furiously after Napier barracks, currently used to house asylum seekers in atrocious conditions, was set ablaze.

A statement on the shocking scenes at Napier barracks. pic.twitter.com/OUqPNydlyh

For a nation in serious decay, it follows that the few rich seams of public goodwill remaining will be mined to distract from the parlous state of all else. One of these rich seams is the military, which – rightly or wrongly – remains one of the few institutions in the country which is well thought of by the public, consistently polling highly in terms of confidence, pride and respect. The result is that veterans, military personnel and a largely fantasised record of martial prowess have become a resource to be mined.

Veterans seem to have become moral force multipliers, used to buttress the rhetoric of figures like Starmer and Johnson. It is at least arguable that Labour’s nationalistic new bearing and the rapid seizing upon and exploitation of Captain Tom Moore’s good intentions are examples of this tactic of instrumentalising military personnel and veterans for political gain.

Whatever it is, this thing many veterans feel so keenly, it is clearly completely at odds with exhortations by mainstream politicians, media figures and the military to ‘respect the troops’.

At best, it gives a strong impression of bad faith. At worst, using us this way is itself the height of crass disrespect and, as ever, Tommy can see perfectly well what is going on.

Joe Glenton is a journalist, author and former soldier. He is currently writing a book on veterans for Repeater Books.