With social unrest brewing, can the two sides reconcile against a common enemy?

Ecuador once stood out on the international left as an exemplar of the ‘pink tide’ – one of a set of progressive governments that took power across Latin America in the early 21st century. With the radical economic experiment of Rafael Correa ending with his departure in 2017, a huge uprising broke out in response to IMF-imposed reforms two years ago.

The legacy of Ecuador’s radical period is now in doubt, with the rightwing Guillermo Lasso clinching the election earlier this year. A long-brewing split between the Indigenous movement and the Correaist left helped hand the right this historic opportunity to vanquish the country’s hard-earned social gains. With unrest resuming and a new common enemy, can the two wings of Ecuador’s progressive politics find an urgently-needed reconciliation?

In Ecuador, the pink tide was led by Rafael Correa, president from 2007 to 2017, who instituted a ‘Citizens’ Revolution’ to reshape Ecuador along socialist lines. Correa came to power after a long period of political, economic and institutional crises, and the growth of popular movements whose demands converged on a rewriting of Ecuador’s constitution – much as is in Chile today. 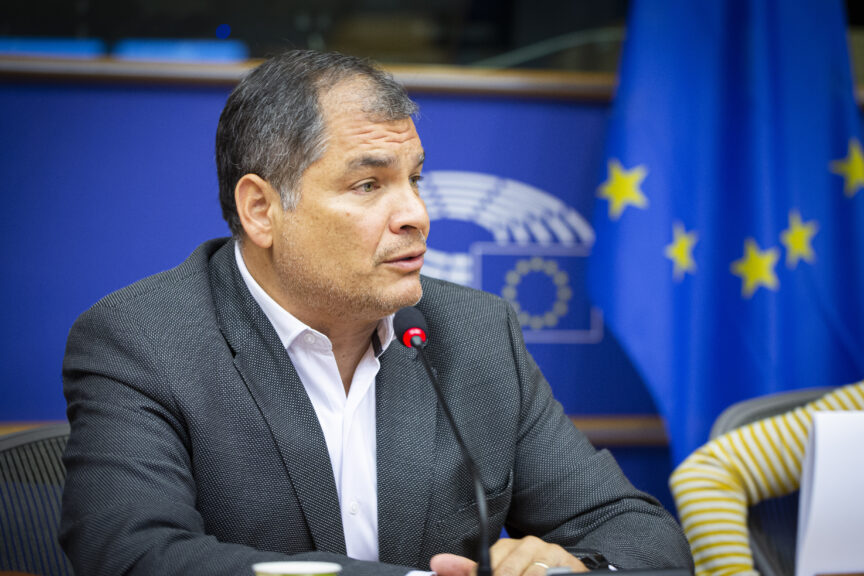 The new constitution was written by the Constituent Assembly of 2007-2008, comprising a majority of centre-left political forces synthesising the demands expressed in the streets: a redistributive, just economic system; the establishment of a plurinational and intercultural state; communitarian and participatory democracy; and a relationship in harmony and respect with nature. The process upheld demands made by the Indigenous movement and had the support of a diverse social tissue of workers, farmers, students and intellectuals.

The Citizens’ Revolution government reduced poverty rates by increasing the budgets for health and public education, generated work through the construction of public infrastructure, allowed more control and regulation over capital flows, and took a sovereign political position against the US. The IMF was ejected and Correa declared: “We can negotiate with the US about a [military] base in [Ecuador], if they let us put a military base in Miami.” All of these policies took place within a developmentalist and centralised state financed by then-highly priced commodities such as oil, Ecuador’s main export product.

The Citizens’ Revolution and the Indigenous movement.

Despite substantial wealth redistribution as a result of his Citizens’ Revolution, Correa’s tenure opened a range of conflicts with alternative leftist tendencies, particularly the strongest social movement: the Confederation of Indigenous Nationalities of Ecuador (CONAIE). These two blocs – the Indigenous-led CONAIE and what is now the Citizens’ Revolution Movement – are two of the most powerful forces in Ecuadorian politics. It is important to examine their respective characteristics to understand how they came into conflict.

The Citizens’ Revolution is primarily an electoral political movement that aims to seize state power, translating the government’s economic management into votes. Its electoral base is in public servants and the beneficiaries of the government’s social mobility and redistributive policies. These beneficiaries, though, lack organic links to the party or grassroots organisational muscle, despite early attempts to built some.

CONAIE, on the other hand, is a heterogeneous, complex organisation that emerged as a political force in Ecuador in the 1990s, filling the gap left by the disarticulation of the workers movement. CONAIE denounces the colonial exploitation that remains in Ecuador to this day, and struggles against other forms of capitalist oppression intertwined with the national state, including patriarchy. Factions and tendencies conflict within CONAIE: it is not a uniquely left or rightwing force. It is a community of communities, as Professor Tomas Quevedo of the Central University of Ecuador describes it.

CONAIE’s electoral arm is the Pachakutik party. The grassroots and the party wings of CONAIE maintain a relationship of intermittent tensions due to the different logics to which they respond. The dynamics of participation and deliberation of collective decisions in the movement have a slow rhythm, and are closer to the control and territories of the communities. The dynamics of Pachakutik, conversely, respond primarily to the power game of liberal democracy – Pachakutik tends to negotiate agreements with fractions of political power.

At first glance, the most explicit conflict between the Correaist Citizens’ Revolution and CONAIE is based on their opposing positions on extractivism – the funding of development through resources like oil and minerals.

Underlying this difference, though, are two different state projects and models for society: a developmentalist centralised state versus the plurinational state. Correa’s government did indeed change the oil sector’s contracts, ensuring the resources financed redistributive policies. From CONAIE’s perspective, however, these policies benefited urban centres at the expense of the peripheries.

These competing visions are also reflected in their respective democratic practices. The Citizens’ Revolution, despite speaking of participatory democracy, built in reality a state without substantial citizen participation. For the Correaists, it is state capacities and not an organised and mobilised society that generates necessary social transformations. The participatory and communitarian democracy practiced by the Indigenous movement holds to an alternate principle: autonomy gives legitimacy. CONAIE denounced the Correa government’s encroachment into their territorial and organisational autonomy, part of the collective rights protected in the 2008 constitution. The Citizens’ Revolution, on the other hand, saw in these claims a corporatist logic, where Indigenous organisations negotiated concessions from the government, neglecting the overall course of nationwide transformation the Correaists were trying to chart.

Although the state project proposed by both blocs differs, they share the same enemy. In October 2019 mass riots brought both groups onto the streets, identifying their common ground in the fight against imperialism (the IMF and the economic financial elites). Sadly, this democratic exercise did not result in a shared agenda. This division gave rightwing candidate Guillermo Lasso the chances of his victory earlier this year. 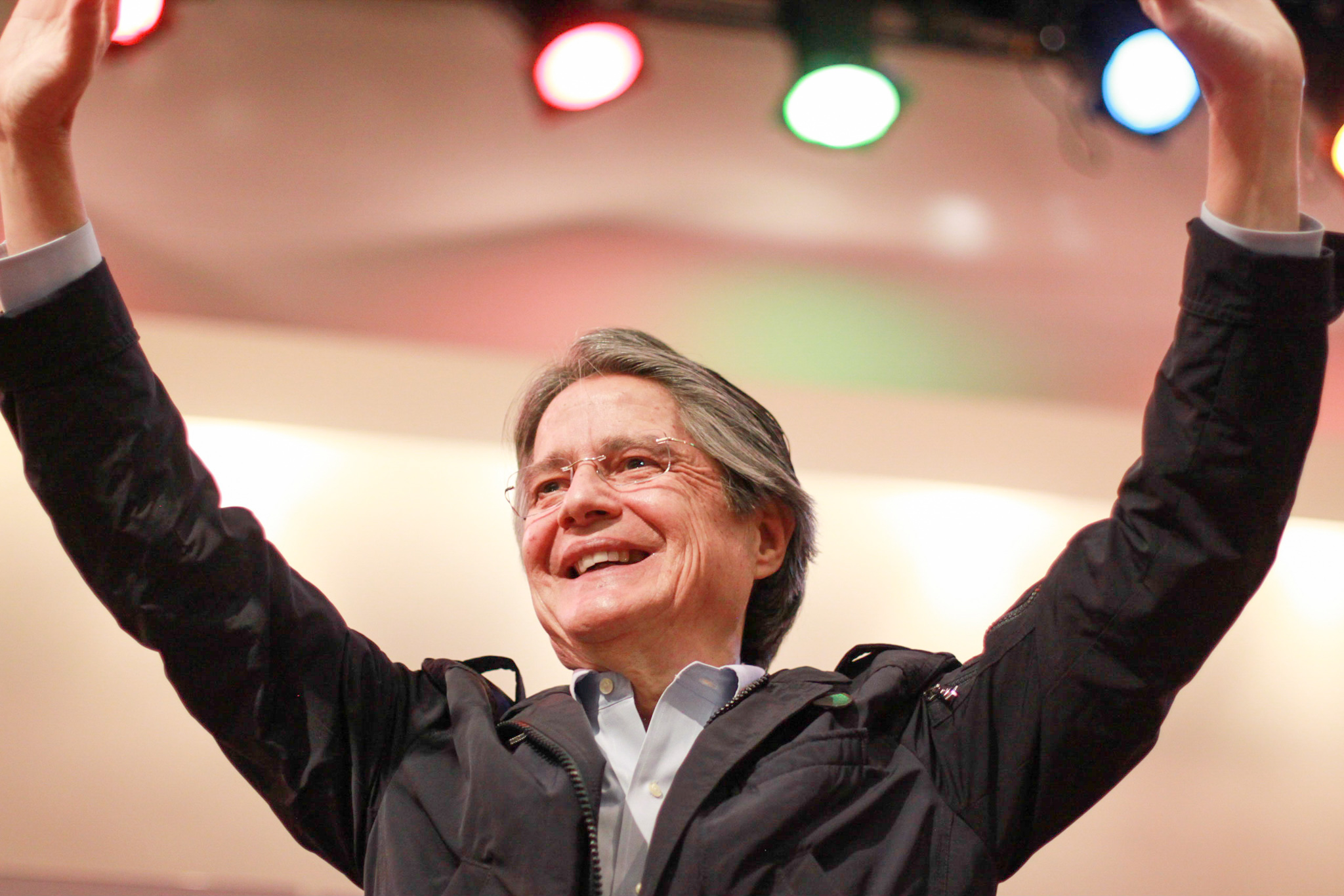 This rift remains open, and it is more urgent each day to find bridges. Ecuador is facing multiple crises: economic, political, social and institutional violence, fragmented opposition to the neoliberal agenda of the current government, and the threat of rightwing radicalisation. If that latter comes to pass – as it has in Brazil, and as it may in Chile later this month – both tendencies need to prioritise their fight against the common enemy.

Andrea Guillem is a political scientist at the Central University of Ecuador and coordinator for gender and economic rights at the Centre for Economic and Social Rights (CDES).

Maduro swept the votes at last week’s “mega-elections”. Yet until Biden lifts sanctions that have killed over 40,000 Venezuelans to date, he'll struggle to get the country back on track.

Analysis: The Latin American Left is Ready for 2022

Report: Chile Was the Birthplace of Neoliberalism. This Election Could Bury It

An unprecedented social eruption rocked Chile’s post-Pinochet consensus in 2019. With a new constitution set to be drafted, the presidential election has polarised between far-left and resurgent fascism. Michael Chessum reports.