David Graeber Reminded Us of the Political Value of Anthropology

It makes other worlds possible.

People often ask me, “What came first for David Graeber; his anthropology or his politics?” I always find myself stumbling a bit in response, mumbling under my breath that this is almost an unanswerable question. But reflecting a year after our dear friend and colleague left us, it seems to me to be a question worth answering.

Undoubtedly, by the time I met him at a job panel at Goldsmiths university in 2007, David felt his politics had got in the way of his life in the institutions of anthropology – by which I mean the educational institutes, the universities and departments that employed people and labelled them ‘anthropologists’. David saw his dismissal from Yale university in 2005 as a direct result of the role he played in the 2000-2001 Global Justice Movement, as well as his support for a student organiser in the graduate student unionisation campaign at the university in 2005.

Appointments and search committees thereafter worried about whether David would be running around corridors ‘making trouble’ and, as a result, in the US, he never even made the first cut for interviews, despite making more than 20 applications.

When he interviewed at Goldsmiths, we welcomed David with open arms, knowing he would fit perfectly in our little community. We took pride in giving refuge to misfits, seeing ourselves as being on the creative margins of what was already a marginal discipline.

But while David took up our job offer, his departure from Yale was deeply traumatising for him; he felt shunned by the discipline to which he was deeply committed. He wanted to be seen as an anthropologist, and also wanted the validation of other anthropologists.

The many gifts of anthropology.

David loved anthropology for a number of reasons. One, which is now fairly well recognised, is that he saw it as offering a vast treasure trove of examples of the different ways in which humans live and organise themselves. Not only did David point out what anthropologists have long highlighted – that looking at the world through this lens forces us to critically question our own way of doing things, our own lives and societies, and realise just how strange they actually are, he also illustrated the latent political power of the discipline, which, in showing all these other ways of imagining and living in the world, threw up a range of possibilities for how we could live and organise beyond our current capitalist order.

David nudged anthropologists to get over the burdens of their thorny ties to colonialism and see the beauty of their archive of ethnography, not as some kind of ‘guilty secret’, but as the ‘common property’ of humanity. For him, anthropology housed a commons that revealed worlds where the influence of institutions like the state, capitalism, racism and male dominance were not inevitable. For him, anthropology made other worlds possible.

A second, and perhaps less well-recognized reason, is that David also loved the discipline for its techniques of ethnography. He saw how the praxis of anthropology, the tools which we use, could provide a rough model for how a non-vanguardist revolutionary intellectual space might work. Doing ethnography, David argued, was a kind of direct democratic process. The anthropologist observes what people do by living with them, commits to deeply understanding what they think and feel, and the societies they are creating, and then teases out the hidden logics underlying their actions, revealing the larger implications of what they are doing, in a way that they themselves might not be fully aware, and finally offering those ideas back to the world as contributions, as possibilities – as gifts. 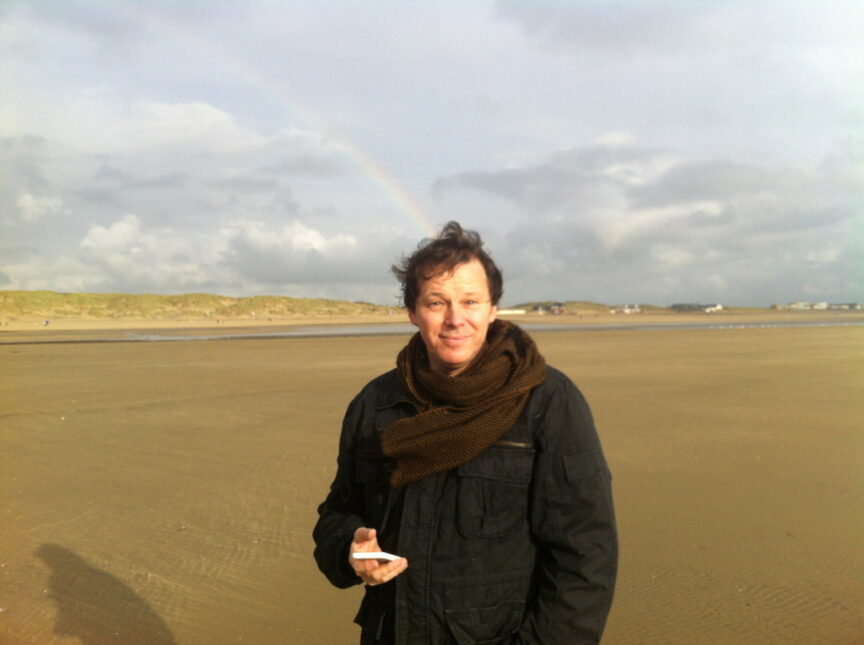 Towards an anarchist anthropology.

David spelt out this position most clearly in Fragments of an Anarchist Anthropology, a manifesto for developing social theory for those trying to help bring about a world in which people are free to govern their own affairs, able to decide for themselves, individually and collectively, what kind of communities they wanted to live in.

Fragments was both a clarion call to anthropologists to develop an anarchist anthropology, and to social activists to recognize what anthropology had to offer for the making of a better world.

These ideas were already incipient in, and shaped by, David’s initiation into the field. For his doctoral research, he lived in the small village of Betafo in central Madagascar amidst two types of ‘lost people’ (the title of the book from his thesis). On the one hand, there were ‘blacks’, those who were descendants of African slaves, lost from their roots. On the other, there were ‘nobles’ – former slave owners – who came from South Borneo – and who were lost because, by the time David came along, they had become increasingly impoverished.

Against the backdrop of a barely present post-colonial state – a state of near-anarchy – each so-called lost person had the freedom to construct their own narratives of the past and the future. This story-telling had the potential to challenge the master-slave hierarchy. The descendants of slaves had begun money-lending and trading, and even started employing, exploiting and expropriating their former masters; the world was being turned upside down.

Seeing this world of creative story-telling and history-making, which had made possible a world of freedom for the descendants of slaves, David eschewed historical materialism – the idea of history as an evolution of stages, developed in relation to the changes in their material conditions, modes of production. From here, in Toward an Anthropological Theory of Value: The False Coin of Our Own Dreams (2001), he merged what he took as the best of Karl Marx (minus historical materialism) with the insights of the French sociologist Marcel Mauss in considering what people value  – his answer, in brief, is what people value the most is creating the social person – and how society can be changed for the better.

Rewriting the history of the world.

David applied this understanding of value to Debt: the First 5000 Years (2011), in which he showed that human economies did not evolve from a barter system to a credit-debt economy. Rather, debt was there all along, the foundation for human social relations.

David presented an anthropological (and archaeological) archive of the imprecise, informal, indebtedness that was the substance of community building. He showed how this perpetual indebtedness, which brought people together, became replaced by mathematically precise, firmly enforced debts that were violently imposed, usually by the state; debts which made victims feel that it was all their fault, and which had to be repaid regardless of the original conditions under which they arose.

Published against a backdrop of governments legitimising austerity by saying that public debt was too high, and at a time when individual debt – whether crippling student debt or dispossession of people from their houses because of subprime mortgages – was crushing many, David’s rewriting of history through the ethnographic record helped a range of activists – who he himself worked alongside – show that this debt is a form of violence that needs to be cancelled.

Many other of David’s works creatively merged different insights from anthropology with an anti-capitalist politics. But what we now await – next month – is a new book, David’s wildly ambitious rewriting of history, which builds on the foundations he laid out in Fragments.

Not satisfied with the first 5,000 years he covered in Debt, The Dawn of Everything: A New History of Humanity, written in collaboration with the archaeologist David Wengrow, looks back over the last 30,000 years, to re-read the anthropological and the archaeological record, moving through time and space, from continent to continent, and age to age, in order to rewrite the history of the world as we know it.

Whether we begin with Hobbes or Rousseau, David and David argue that we are presented with the same old myth of a historical trajectory of progress. It begins with simple egalitarian hunter-gatherer bands (if you’re influenced by Rousseau) or simple brutish ones (if you’re a Hobbesian), and progresses only with the advent of agriculture and the birth of cities, and of course the Enlightenment, to increasing hierarchy and social complexity.

But what if the archaeological evidence contradicts this narrative, what David and David describe as the ‘Myth of the Stupid Savage’? What if it shows us that hunter-gatherers are as likely to be as hierarchical as they are egalitarian; that humans moved creatively from egalitarian to hierarchical societies, sometimes seasonally; that some of our ancient cities were actually egalitarian, and that in some cases women held a preponderance of formal political offices?

A painful beautiful autumn awaits as we pay tribute to our dear @davidgraeber.
A privilege to set afloat #TheDawnofEverything into the world w @davidwengrow. Come join 13Oct @LSEpublicevents https://t.co/daYE2DlO6q.
And every week after @LSEAnthropology https://t.co/oRrxEqBdG2 pic.twitter.com/e5IRMN0xE3

The Dawn of Everything shows that human history was far more diverse and exciting than we assume, our ancestors were self-conscious political actors who could make new social arrangements depending on their circumstances, a realisation that gives us infinitely more possibilities for a better future. Surely then, David and David say, the question is not why did inequality or the state arise, but how did we get stuck with it? We’ve been asking the wrong questions all along.

So, to anyone who asks again, “What came first, David Graeber’s anthropology or his politics?” Now, I can reply that this is the wrong question. Why should we assume that our politics can be separated from the intellectual clothes we wear and the homes that we inhabit? David’s love of anthropology was intimately tied to his desire to build an anti-capitalist politics. This inseparability was undoubtedly foundational for making David Graeber not just one of the most influential anthropologists to date, but one of the most creative political thinkers and activists of our time.

Alpa Shah is a professor of anthropology at the London School of Economics and author of Nightmarch: Among India’s Revolutionary Guerrillas, a finalist for the 2019 Orwell Prize for Political Writing.

This is the fourth instalment in our series exploring the life and ideas of David Graeber on the first anniversary of his death.

Having first discovered the ideology as a teenager, David Graeber used his experiences as an activist and an anthropologist to develop his own theory of anarchism, one that is rooted in practice and the belief that we can remake the world at any given moment.

Opinion: Sex Work Is Not a Bullshit Job

When so many jobs exist solely to rationalise capitalism – as the late David Graeber’s thesis argues – sex workers respond to a real demand. Simply trying to end that demand is flawed, writes Marin Scarlett in our series exploring the life and ideas of Graeber on the first anniversary of his death.