Why I Was Wrong to Write Off Extinction Rebellion in 2018

While COP26 was delayed for a year by the COVID-19 pandemic, lockdown frustrated the climate movement even more. Glasgow was among the first opportunities to bounce back. Following its September mobilisation, Extinction Rebellion (XR) marched through the Scottish city and Scientist Rebellion blocked a prominent bridge; arrests predictably ensued. XR is back. But has the famous group peaked, or is there more to come?

In November 2018 I wrote for Novara Media about why I wouldn’t be joining XR. Three years later, my view has changed – because XR has changed. So how should the left relate to XR as it exists today?

XR has largely stuck by its often-criticised principle of acting ‘beyond politics’. This apoliticism has simultaneously been one of XR’s greatest strengths and a key limitation. The fewer ideological commitments you make, the more people you can mobilise under your banner.

XR captured a growing sense of climate dread and distrust of establishment politics with vague but urgent demands for rapid decarbonisation, “telling the truth”, and direct-democracy. They mobilised thousands of new activists and drove the news agenda, but apoliticism only takes you so far in a crisis of capitalism.

Efforts to politicise XR from the left like the Global Justice Bloc have educated many participants and created the conditions for greater international solidarity. Some local groups in the UK as well as XR in the US have adopted a fourth demand based on climate and racial justice, including calling for reparations. XR Scotland has been prominent in its calls to decolonise the movement. 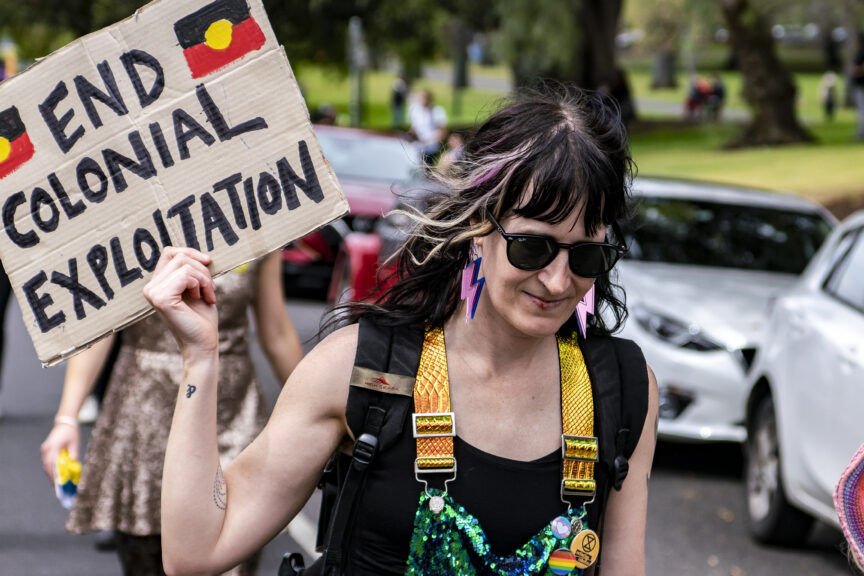 However, the mainstream of XRUK has not been pushed into a more coherent radical politics. Demanding the government’s inadequate net-zero 2050 target be made an unrealistic 2025 is easy enough, but with its demands half-met, XR has struggled to innovate politically.

Citizens’ Assemblies were implemented with little consequence by national and local government. While this demand, as originally conceived – proposing to supersede parliamentary sovereignty with sortition – was perhaps XR’s most revolutionary, it also turned out to be the easiest to meekly integrate into established political processes.

Successfully pushing for parliament and 308 local authorities to declare a climate emergency was one of XR’s most measurable achievements but has not been followed by a step-change in action. The campaign for a Climate & Ecological Emergency Bill seeks to build on the declarations but lacks a compelling ideological thrust. It prioritises updating legal and political processes, including legislating for Citizens’ Assemblies, rather than proposing a comprehensive political program (as others have attempted, notably through the Green New Deal campaigns).

Although the mantra ‘beyond politics’ remains supreme, XR’s strategy has evolved considerably. I was initially concerned that the focus on mass arrests would burnout a generation of activists – but XR responded to early criticisms by building a regenerative culture and taking welfare more seriously than most environmental direct-action groups.

I also argued that the narrow focus on instigating mass arrests would leave XR unable to build mass public support or catalyse necessary climate action. Some rebels remain sold on XR’s founding strategy, based on academically dubious State Department-linked research. As an organisation, though, this has been a key area of evolution. Arrestable direct-actions remain a key part of the tactical repertoire, but XR has diversified its methos and increasingly targets corporate polluters and state institutions instead of the commuting public.

XR’s strategic innovations have been the product of internal contestations as much as external criticism. Those committed to a strategy of mass arrests and general civil disobedience, like co-founder Roger Hallam, have lost the argument internally. In Summer 2019, plans to use drones to shutdown Heathrow Airport caused major internal disagreement as some activists threatened to leave if it went ahead. 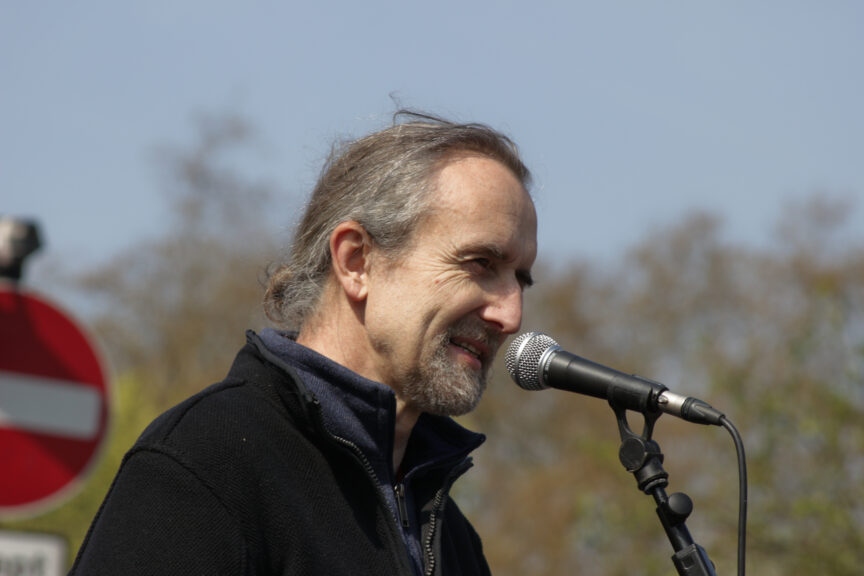 Most infamous was the Canning Town Underground station action in October 2019, which provoked violence towards activists from commuters and was widely condemned as a mistake. Only a tiny faction of XR members ever endorsed the action. Its failure largely signalled the end of the disruption-at-all-costs approach within XR. Soon after, Hallam himself was formally side-lined from XRUK after being accused of downplaying the Holocaust.

At the beginning of 2020, XR published a new strategy confirming its shift towards “building the alternative”. It sought greater collaboration across movements while taking a more targeted approach to disruptions. Although the pandemic put a stop to most immediate plans, XR’s return in September 2020 included a blockade of the printing presses of Murdoch-owned newspapers, followed by actions against financial institutions supporting fossil fuel extraction in September this year.

While lockdown paralysed the climate movement in general, HS2 Rebellion was a rare direct-action campaign that persisted. This was a reflection of XR’s newfound focus on directly objectionable targets. Nonetheless, HS2 Rebellion remains a sign of the organisation’s political confusion, prioritising action against low-carbon rail infrastructure.

What next for XR?

XR has undoubtedly matured, but has it done so effectively? It emerged as an insurgent and disruptive force, conceiving of itself as a new model for environmental action. Today, its impact has plateaued and it has incorporated itself into the NGO sector it was founded in antagonism to. It acts as the sector’s spiky edge, one element among many in the movement’s mainstream.

XR’s plateau always felt inevitable. It’s no different to so many other explosive street movements which burst onto the scene and capture the popular imagination before settling. For many activists, the realities of daily life takeover again, especially as XR fails to immediately win its own high standards of extraordinarily rapid decarbonisation. Internal divisions may alienate others; the hard work of long-term organisation lacks the appealing immediacy of easily replicable calls to action. The pandemic was surely the most disabling factor. As we collectively put our day-to-day activities on pause, so too the routine of environmental protest. 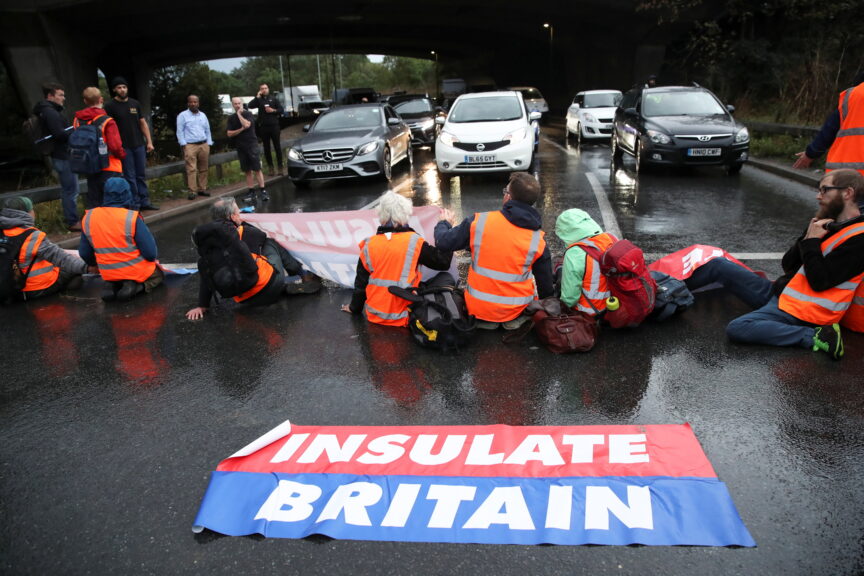 Emerging from lockdown, Insulate Britain is the new kid on the block supplanting XR as the favoured subject of hot-takes (in defence and denunciation alike) by continuing its founding approach of general disruption. Though praised for adopting more concrete asks, IB exists in a lineage of organisations privileging tactics over demands. The call “to force the government to insulate Britain’s leaky homes” feels incidental to the latest attempt to vindicate Hallam’s theory of social change based on civil disobedience. The blockades associated with this approach may not put people off climate action, but neither do they seek to build the mass movement we need to win a social majority in support of a transformative vision for climate justice.

Contrary to my initial view, I’ve been convinced that the left should have some relationship to XR. It need not be one of uncritical adulation or participation, but nor should it be one of derision or disengagement. We should not reject those dedicating themselves to climate justice, but nor can we rely on XR’s scattergun approach. XR is far from perfect, but it’s here to stay. To win, we need broad alliances spanning the labour movement to liberal direct-action groups like XR. Through trade unions and socialist organisations like Momentum and Labour for a Green New Deal, socialists should build power and provide political and strategic leadership where its lacking.

Chris Saltmarsh is a co-founder of Labour for a Green New Deal. His book Burnt: Fighting for Climate Justice is out now with Pluto Press.

Planet B: Planet B: Everything Must Change – Debt

In the final episode, we ask why climate reparations could be crucial to securing a global Green New Deal.

Long Read: Whatever Happened to the UK Youth Climate Strikes?

Two years ago, young people across the UK walked out of school in the first of a wave of 'climate strikes'. But despite its rapid and extraordinary growth, the youth strike movement's future was in jeopardy even prior to the pandemic. Clare Hymer reports.