Unfinished Revolutions: What Were the Roots of the Arab Uprisings?

A decade ago today, the Arab uprisings began in earnest. The popular revolt in Tunisia which had just toppled president Ben Ali was a historic event by any measure. But on 25 January 2011, when thousands poured onto the streets of Egypt – the most populous regional state – to confront their own dictatorship, it became clear something truly momentous was taking place.

17 days later, the 30-year rule of president Hosni Mubarak had been brought to an end. One of the lynchpin regimes of the conservative regional order had been shaken to the core by the power of the masses. The Middle East now seemed poised on the brink of an emancipatory reckoning the like of which had not been seen since the heady days of 1989, when the Soviet empire was swept out of Eastern Europe.

This time, however, the superpower patron of the region’s dictators was overwhelmingly (though not exclusively) based in Washington, not Moscow. The then US president Barack Obama had previously refused to acknowledge the dictatorial nature of Mubarak’s rule, declaring glibly: “I tend not to use labels for folks”. Even as Egyptian security forces and loyalist thugs were beating, torturing and killing civilian protesters in January 2011, former British prime minister Tony Blair hailed Mubarak as “immensely courageous and a force for good”. The purportedly liberal West was now on the wrong side of an epic battle for democracy, waged against their own clients, who they themselves had armed to the teeth.

In the Middle East, Western power has long been one of the key obstacles in the path of those fighting for “bread, freedom, social justice”, to quote an oft-heard slogan from the tumult of 2011. By attempting to make sense of the nature of this obstacle, and then using our own agency to set about dismantling it, we can perform an important act of international solidarity.

Looking back ten years on, this series of articles will examine the role of Western imperialism in general, and British power in particular, in the Arab uprisings of 2010-11 onwards. We will uncover the deep roots of the uprisings, survey the various forms of counter-revolution they were met with, and consider the extent to which they still remain unfinished business. Here is a chance to learn some important lessons about the real nature of British power, and in an area of the world where it continues to cause immeasurable harm. 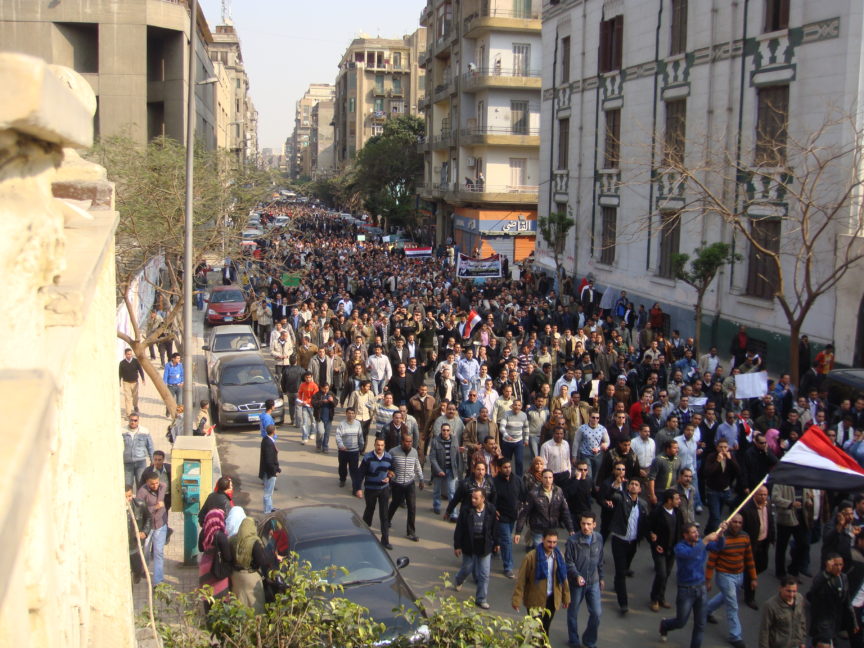 The Arab uprisings were, above all, the product of complex historical processes. The European empires played a major role in the creation of the modern state system in the Middle East. As the Ottoman empire decayed and fragmented over the nineteenth century, the Europeans penetrated in and around its domains, the French taking Algeria, Tunisia and Morocco, the British absorbing the Persian Gulf and Aden, before occupying Egypt in 1882.

The final destruction of Ottoman power saw its last remaining territories parcelled out to France and Britain by the League of Nations on the grounds that the local peoples could not possibly manage their own affairs without the white man’s enlightened tutelage. Paris assumed control in Syria and Lebanon, while London took over in Mandatory Palestine, Transjordan and Iraq. When the House of Saud and its allied militia burst out of the central Arabian desert and conquered what is now Saudi Arabia, the British were on hand with military, financial and diplomatic support to help bring the new kingdom into being.

Across their various possessions and protectorates, the Europeans oriented the local economies in their own interests, to receive Western manufactures and export basic goods and commodities. The region was, in other words, integrated into global capitalism on terms of subordination to the colonial-capitalist powers. To enforce this, local police states were developed, together with practices of divide and rule that would lay the ground for future conflicts, from Syria to Iraq.

As the Europeans were gradually pushed out by nationalist forces over the course of the 1940s, 50s and 60s, colonial police states segued into independent dictatorships and monarchies. Independent, that is, except for continued reliance on external powers for the sustenance of their means of violence. The USSR made inroads in Syria and Iraq, and briefly in Egypt, but the US was now the major power on the scene, with the British – and the French to a lesser extent – in an important supporting role.

Meanwhile, the state-led development model that birthed an economic miracle in East Asia proved rather less successful in the Middle East. Inefficiencies and indebtedness rendered many regional governments vulnerable to pressure from the West to reform along the familiar neoliberal lines.

The process began as early as the 1970s in Egypt, picking up pace after the end of the Cold War. Public spending was shrunk, state-owned firms privatised, minimum wages cut and labour markets deregulated in the beauty parade for foreign investment. The sale of national assets led to cronyism and corruption similar to that seen in the former Soviet space, while the region’s peoples were marketed to international capital as cheap to hire, and easy to fire.

As the first decade of the twenty-first century drew to a close, a bulging young population across the region entered adulthood facing a bleak future. The youth of the Arab majority world were often highly educated, but opportunities in the workforce were meagre and scarce. A regional youth unemployment rate of around one in four masked under-employment among those who did have work, and a predominance of low-skill, low-wage, insecure jobs. Frustrations mounted, even as international institutions like the IMF praised the regional dictatorships as models of good economic governance. 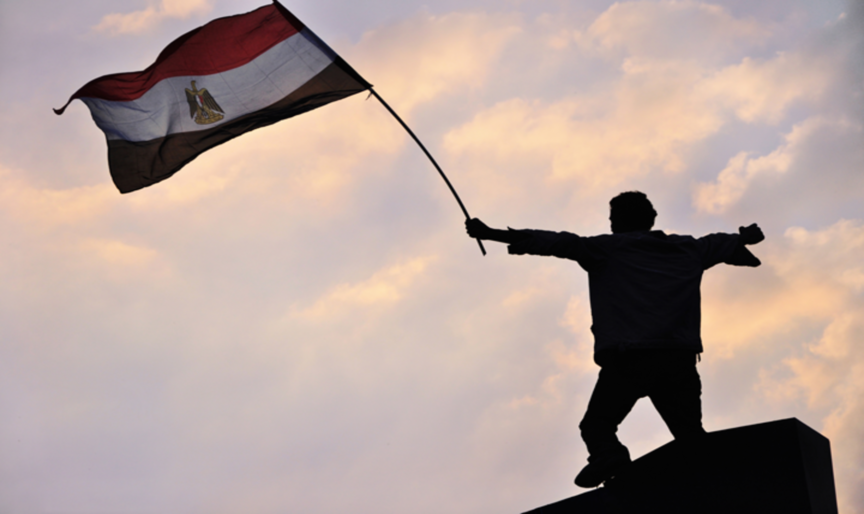 In addition, the political legitimacy of the regimes was now badly depleted. The young nationalist leaders of the Cold War era were now ageing patriarchs squatting atop webs of cronyism and corruption, feebly collaborating with the West’s ‘war on terror’ while grooming their progeny to succeed them. At the same time, forums for public dissent and the development of counter-narratives were beginning to emerge, from the Al Jazeera news channel to incipient social media.

So when the Tunisian street-vendor Mohamed Bouazizi finally snapped at the corruption of local officials and set himself on fire on 17 December 2010, he spoke for tens of millions like him, from the Atlantic coast to the Persian Gulf. And when Tunisia’s dictator fled to Saudi Arabia on 14 January 2011, he sent a message across the Middle East that the people were more powerful than the regimes. Eleven days later, Egypt picked up the baton.

The Western powers had been central to the processes that brought the region to this point. They had been midwives at the birth of the regional police states, consistent in their efforts to subordinate local economies to their own interests, and lavish sponsors of the repression that had maintained the status quo. All that was now threatened by the emergence of popular democratic forces. It was not a threat that would be straightforward to handle.