Unfinished Revolutions: How the West and the Rest Conspired to Thwart the Arab Uprisings

In the heady days of 2011, the talk was of ‘revolution’ sweeping the Arab majority world. Ten years on, it’s clear this isn’t what really happened. The toppling of a long-term dictator, where it did occur, did not by itself constitute a revolution. Genuine revolution involves a thorough transformation of the political-economic order. What happened in the Middle East was a series of popular uprisings blocked at one stage or another in virtually every case by various counter-revolutionary forces.

In the previous article in this series, we surveyed the various winners and losers of the pre-2011 status quo. To understand how the revolutions were thwarted, we need to familiarise ourselves a little more with these dramatis personae, who lined up a decade ago to contest the future direction of the region.

The forces seeking regime change comprised a disparate set of actors. To the fore in the international spotlight were the ‘revolutionary youth’, fighting for socio-political freedoms and an economic future. They joined in a loose coalition with trade unions, older forces of the Arab nationalist left, and large sections of the wider public. Together, they were powerful enough to shake and even decapitate regimes, but (through little fault of their own) not organised or resilient enough to push through and impose themselves after initial successes. 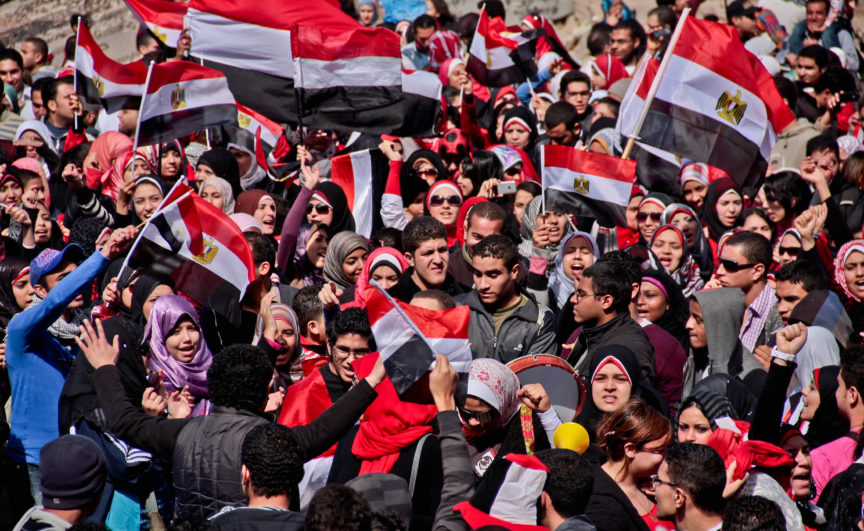 Protesters in Egypt in 2011. Mohamed Adel/Flickr

Standing in their path were three layers of battlements: at the national, regional and international levels. At the national level were monarchs, or presidents who ruled like monarchs, perched atop regimes made up of their own family members, socio-economic cronies, and the various branches of the armed forces and internal ‘security’ services.

Behind them were often powerful regional backers fearful of the loss of key allies, and of the spread of the revolutionary wave to their own doorsteps. In the majority of cases, this meant the leading Gulf monarchies, especially Saudi Arabia and the United Arab Emirates, who together comprised the bastion of the conservative regional order. In the case of Syria, the role of counter-revolutionary regional backer was played with grim and ruthless commitment by Iran.

Also operating at the regional level were non-state forces of violent reaction, principally Isis, Al Qaeda, and the Lebanese party-militia Hezbollah in the Syrian case. The differences within this and our other categories should not be flattened, but the fundamental role of these actors in the chain of events should still be recognised for what it was. The bottom line is that when it came to the crunch, armed forces of self-styled ‘resistance’ often proved themselves to be the enemies of genuine, popular revolution.

The final line of battlements stood at the international level: the major world powers who had long treated the region as prime geo-strategic real estate. In most cases this meant the US, plus one or both of the UK and France. In Syria, it meant Russia, with quiet but consistent diplomatic support from China.

In all instances, major investments had been made over the decades in various allies on the ground. Forward military presences had been established, and major economic concessions won. The great powers were not about to give all this up lightly, and certainly not for democratic principles which, if put into practice, would empower publics who were generally hostile to neocolonial domination and outside interference.

In an ambiguous position between the forces of revolution and counter-revolution sat the ‘Muslim Brotherhood’ family of religious conservative parties. As some of the best organised and established political actors in the region, the Brotherhood and its peers had long been regarded as the likely successors to the incumbent regimes, and the prime beneficiaries of any revolutionary scenario. 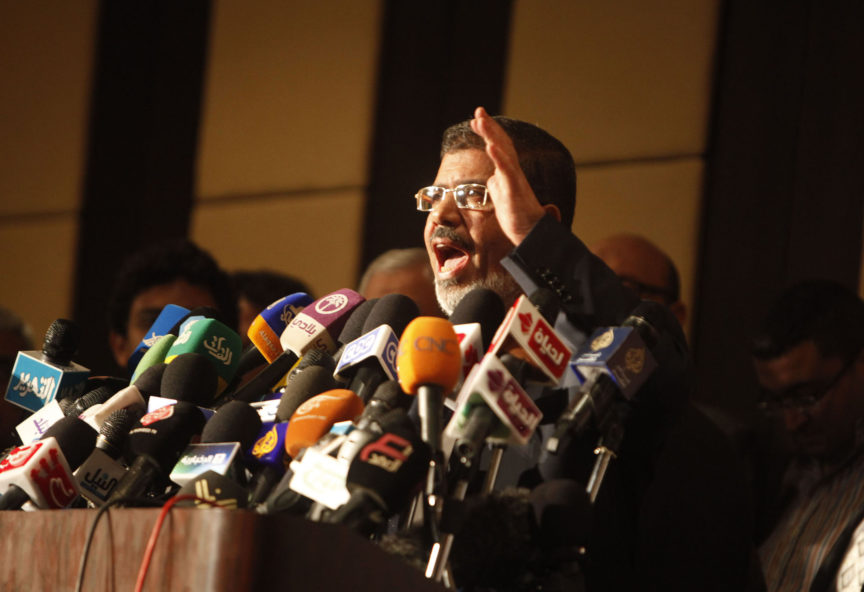 Whether the Brotherhood were revolutionaries themselves, however, was another question. Rooted in the conservative middle class, they often aspired to little more than a seat at the table within the existing social order. Their economic agenda, to the extent they ever proposed one, was hardly incompatible with regional capitalism. What the Brotherhood represented was the possibility of religiously legitimate republican politics. This was anathema to most of the Gulf monarchies for obvious reasons, but not necessarily a revolutionary threat in a deeper or wider sense.

Indeed, the approach of the Gulf monarchy of Qatar was to cultivate the Brotherhood as the coming force in the region. Plainly, this was not due to some deep commitment to emancipatory politics. Rather, the aim was to ensure that the potentially revolutionary moment was channelled down a safe and non-threatening path, while winning tiny Qatar an outsized portion of regional influence.

The vicious split that broke out between the anti-Brotherhood Saudi-UAE axis and the pro-Brotherhood Qataris was a split between regional reactionaries over a strategic question. Should the emerging revolutionary forces be co-opted and contained, or should they simply be crushed?

This was a question pre-occupying the international powers as well. To a greater or lesser extent, all encouraged their allied regimes to implement a degree of reform as a minimal, pragmatic measure to shore up their position and head off the threat of serious change. Where the regimes refused, or where they tried and failed, the iron fist was produced instead, either with the acquiescence or the active support of the relevant international patrons.

Egypt provides an interesting case study of these various forces in action. Once president Mubarak had been sacrificed by the US and their allies in the Egyptian state to appease the popular uprising, the armed forces set about preserving as much as they could of the underlying status quo. Their initial approach was to govern behind the scenes, with an elected Muslim Brotherhood leadership operating with limited political autonomy as the face of the new government.

But the Brotherhood grossly mishandled its long-awaited shot at power, alienating both popular and regime forces. The army then staged a coup in 2013, with massive funding from Riyadh and Abu Dhabi. Brotherhood supporters were massacred in the streets, and a new dictatorship established that was even harsher than Mubarak’s. Those seeking a genuine revolution had lost control of events from 2011 onwards, and were now steamrollered in pitiless fashion. The regime’s Western patrons looked on, maintaining diplomatic support and arms supplies as their interests were protected.

Those interests, and the balance of socio-political forces in each case, defined the counter-revolutionary approach from country to country. In Libya, for example, an opportunity arose for the West to replace a supremely unreliable ally in Muammar Gaddafi with a preferable alternative, including regime elements who had quickly deserted him when the protests began. The attempt to co-opt the uprising failed, however, and Libya remains in a mutating state of civil war to this day.

The edifice of power that the true revolutionaries of 2011 attempted to bring down was a formidable one. There is no shame in their various defeats and setbacks, though there are lessons for us all to learn, not least those of us in Britain. In the next piece in this series, we’ll take an in-depth look at the case of Bahrain, where London played an aggressive and important role in the counter-revolutionary process.