His work should continue to encourage cooperation.

It has been a year since David died and it is still hard to believe it.

For the last five months of his life, he had been ill, complaining of several strange symptoms, but the doctors he’d been seeing about them had found nothing significant or life-threatening.

The shock I felt that fateful afternoon, watching my husband collapse on the beach in Venice – the very same lido in which Luchino Visconti shot Death in Venice – still hasn’t faded.

Before David died, I had never seen a corpse. When my grandparents died, for all sorts of reasons, I never saw their dead bodies. A childhood friend died in a car accident, but when he was buried, I stood far away and managed not to look. Looking at David in that hospital in Venice, it seemed as though he had just fallen asleep. He was calm, smiling a little even.

Shortly after David’s death, my friend Simona Ferlini explained that the word “corpse” shares its etymology with “corpus”, referring to a body of laws or, in particular, a collection of works. That I would, so soon after our marriage, find myself dealing not only with David’s body, but his body of work as well, is, of course, a great personal tragedy.

I will likely spend the rest of my life going through David’s corpus, experiencing the destruction of most of what was so dear, familiar and precious to me. Locked in a small studio in the middle of a pandemic-stricken London for an entire year, I spent the majority of my time sifting through his archives; the writings he did not have time to publish, his diaries, his correspondence – the effluvia of any great thinker like David.

In this work, he lives on. I find myself continually unable to contain my admiration for David, or to contain my joy at looking through all the things that made him who he was, that made him laugh, that fueled his courage – and how curious and unexpected it all seems in aggregate on the other side of his life. 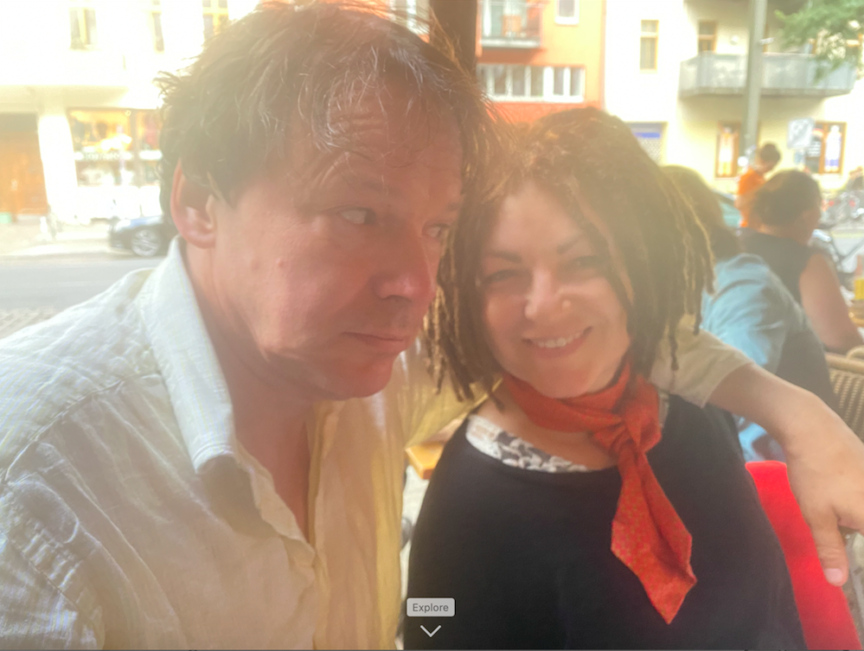 David was what the French call an “homme de lettres”. He lived to share his ideas, experimenting with expressing them in as many ways as he could. Much like Noam Chomsky, another noted anarchist-scholar, David made himself available to those outside of the academy and would speak almost everywhere he was invited. He would pour over his lecture notes, perfecting them, obsessively tinkering with words and sentences, writing virtually all the time.

Anyone who knew David, who understood what motivated him, was aware that this dedication was not out of vanity. Rather, it was a project to change the world, as well as to change himself and others, through ideas.

I believe his project has been quite a success; David did, indeed, make our world a slightly better place.

And after his death, this process must continue – especially today, when changing the world isn’t just a matter of ideological design but of ensuring the very survival of the planet and all of us who live on it.

David left an enormous archive — more than a hundred notebooks, as well as incidental jottings, many letters and unpublished texts. But how to deal with it correctly in this digital age?

There are many different traditions for how to treat a corpus. But the fact that we live under late capitalism – with its brutal structures of power and domination – makes it a particularly difficult and complicated process.

One such tradition is the old Catholic way of ‘caring’ for dead saints, a process that involved the endless lopping off of body parts: bones, fingers, and so on, that would be dragged around to the various churches and put on display for people to pay to see. As always, with the church, it’s not long before money and profit get involved.

While such a literal process of dismemberment and privatisation of a person’s body no longer happens today, the commercial exploitation of public figures’ legacies – their bodies of work – by unhelpful heirs is all too common. Perhaps the worst example of this is in the case of Dr Seuss. I worked with his estate myself when I published some of his books in Russian, and witnessed this exploitation firsthand. Seuss’ widow was selling the rights for his characters for sausage and diaper commercials, while banning non-commercial use on fan sites on the internet of even slight reposts from Dr Seuss’s books.

I truly hope that this can be avoided in David’s case.

Obituary: The widow of Dr. Seuss defended the proliferation of Seuss-themed merchandise and entertainment: “You either use it or lose it.” https://t.co/muB2wcVsk4

With that in mind, I plan to split David’s archive into two parts: a physical one and a virtual one. The physical documents, along with his symbolic academic capital, should be kept (and protected) by a meaningful academic institution. After all, David’s life was always very much connected to academia.

Phoebe Beckett created a room at the #MuseumofCare, called a Gift room. A brilliant idea to share art installations of everyday objects with each other as visual presents. Here is a photo from my past life with @davidgraeber
. pic.twitter.com/bqFosvnQbt

But there must yet be another part—a non-academic one. David and I wrote several essays in this vein. We were particularly interested in the concept of “culture and the reproduction of culture” introduced by Alexander Bogdanov, the founder of the early Proletkult, an experimental Soviet artistic institution that arose in conjunction with the Russian Revolution of 1917.

Those in Proletkult worked to create horizontal links, to forge interdependent relationships between teachers and students, and most importantly, new modes of knowledge production and reproduction. The project strived to realise a world in which art was democratised: artists weren’t romantic creators and professional intellectuals, they were amateurs, a DIY  (or “samodeyatelnost” in Russian) proletariat. Much of what Bogdanov and his allies described has now been realized in the best aspects of the Wikipedia project.

With that in mind, I am looking at  David’s texts—his archive—as a very generous framework that can provide space for these horizontal connections to be made, replete with open questions, doubts and unexpected links to different thoughts, with entry points for reader-commentators almost anywhere.

I am thinking of creating a Wikipedia-like environment for all who would be interested to join, including, and above all non-academics, so that we are able not only to read his texts – from his academic writings to scans of his (very beautiful) diaries – but to have space to complete, rewrite, compose and develop his works, thereby creating our own. In other words, to set up some version of the International Proletkult, using David’s texts as a basis.

In doing this, maybe we will be able to continue the spirit of collaboration that David enacted and upheld his entire life. Through his corpus, David’s magical power to form direct emotional and intellectual connections with people – either in person or through his texts – will make his legacy a living and constantly evolving project in which all of us, his readers and fellow writers, can be involved.

By commenting on, thinking about and developing David’s thoughts and ideas, we will be constantly shifting the boundaries of the public and private, using our own experiences, our bodies and our minds.

It feels fitting to open up his body of work to the collective in this way; it is the kind of care David himself not only approved of, but practised. In this evolving collective space, we will be able to continue collaborating with David, even if he is no longer with us in a bodily sense.

Nika Dubrovsky is an artist and writer.

Part four is here: David Graeber Reminded Us of the Political Value of Anthropology

Part five is here: David Graeber’s Real Contribution to Occupy Wall Street Wasn’t a Phrase – It Was a Process

Part six is here: For David Graeber, Theory and Action Were Inseparable

Analysis: For David Graeber, Theory and Action Were Inseparable

David Graeber lived his political values - and through everyday acts of communism, he argued, many of us do too.

Analysis: David Graeber Reminded Us of the Political Value of Anthropology

David Graeber's love of anthropology was intimately tied to his desire to build an anti-capitalist politics; it makes us think beyond the political limits of our own societies to realise that there are other, better ways of doing things.

Having first discovered the ideology as a teenager, David Graeber used his experiences as an activist and an anthropologist to develop his own theory of anarchism, one that is rooted in practice and the belief that we can remake the world at any given moment.